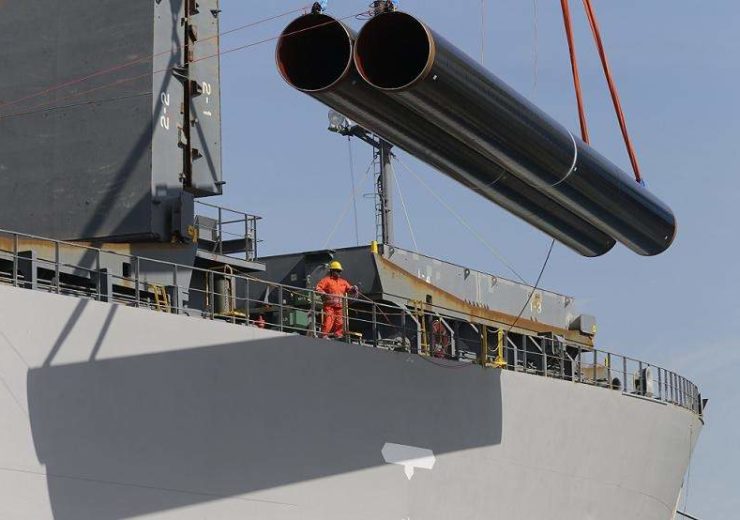 The Trans Adriatic Pipeline, which will be laid between the Turkish-Greek border and Italy, aims to bring Caspian natural gas from the giant Shah Deniz II field in Azerbaijan to Europe. The pipeline will also have a subsea section of 105km in the Adriatic Sea.

At Kipoi, located along the Turkish-Greek border, the pipeline will connect with the Trans Anatolian Pipeline (TANAP), from which it will cross Greece and Albania and the Adriatic Sea, before reaching ashore in Southern Italy.

The financing for the trans-country pipeline will be made by a consortium of 17 commercial banks, alongside the European Bank for Reconstruction and Development (EBRD) and the European Investment Bank (EIB). The EBRD is offering a syndicated loan of up to €1bn while the EIB is providing €700m.

A portion of the financing is also being covered by export credit agencies bpifrance, Sace and Euler Hermes.

TAP managing director Luca Schieppati said: “With the financial close now achieved, TAP has reached another major milestone of the project’s progress. TAP has voluntarily committed to comply with environmental and social standards required by the international financial institutions.

“As such, all necessary assessments to substantiate this commitment have been undertaken and met by TAP. This also included a thorough environmental and social assessment.”

The Trans Adriatic Pipeline, which broke ground in 2016, is now expected to progress to its final completion and delivery of Shah Deniz II gas in 2020. In October 2018, the pipeline’s partners commenced construction on the offshore part in Albania.

The trans-country pipeline project, which will have an initial annual capacity of 10 billion cubic meters, makes up the final segment of the $40bn Southern Gas Corridor, a supply route to deliver gas from the Caspian Sea to Europe.

“We believe that gas remains an important transition fuel in this region that can help displace coal and facilitate penetration of renewables.”

The shareholders of the Trans Adriatic Pipeline are BP, SOCAR and Snam, which hold stakes of 20% each while Fluxys, Enagás and Axpo, hold stakes of 19%, 16% and 5%, each.