The Venus 1-X exploration well was drilled to a depth of 6,296m by the Maersk Voyager drillship where it intersected nearly 84m of net oil pay in the sandstone reservoir of Lower Cretaceous age 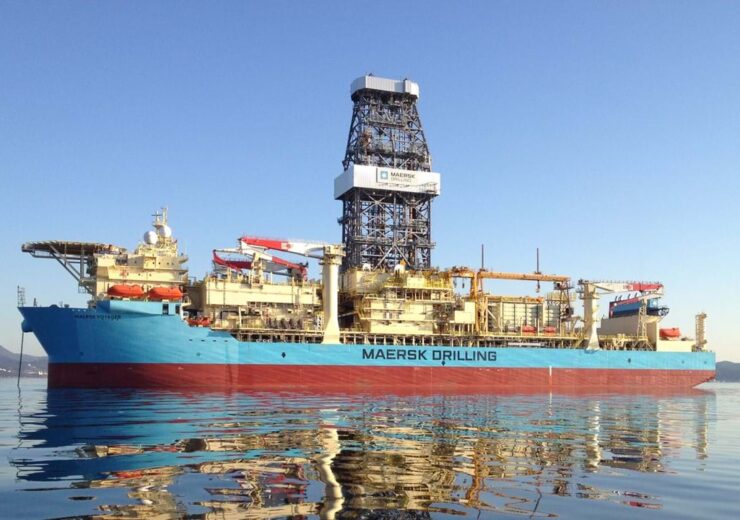 TotalEnergies made the oil discovery in the Orange Basin by drilling the Venus 1-X well with the Maersk Voyager drillship. (Credit: MAERSK DRILLING)

TotalEnergies has made a discovery of light oil with associated gas in the offshore Orange Basin in Namibia following the drilling of the Venus 1-X well in block 2913B, Petroleum Exploration Licence 56 (PEL56).

Drilled to a depth of 6,296m, the Venus 1-X exploration well intersected nearly 84m of net oil pay in the sandstone reservoir of Lower Cretaceous age.

The well was spudded in December 2021. It was drilled in water depth of 3,000m by the Maersk Voyager drillship owned by Maersk Drilling.

The Venus oil discovery is located nearly 290km off the coast of Namibia.

TotalEnergies exploration senior vice president Kevin McLachlan said: “This discovery offshore Namibia and the very promising initial results prove the potential of this play in the Orange Basin, on which TotalEnergies owns an important position both in Namibia and South Africa.

“A comprehensive coring and logging program has been completed. This will enable the preparation of appraisal operations designed to assess the commerciality of this discovery.”

The French company is the operator of block 2913B with a stake of 40% held through its subsidiary TotalEnergies EP Namibia. It is partnered by QatarEnergy (30%), Impact Oil and Gas (20%), and National Petroleum Corporation of Namibia (NAMCOR), which holds a 10% stake.

Block 2913B, which is located offshore southern Namibia, is spread over nearly 8,215km².

Impact Oil and Gas entered the licence in 2014 as an operator, acquiring 2D and 3D seismic data for defining the Venus prospect. In 2017, the UK-based company was joined by TotalEnergies (then Total), and in 2019 by QatarEnergy.

Impact Oil and Gas exploration director Philip Birch said: “This play-opening discovery firmly places the deep-water Orange Basin as one of the world’s most exciting areas for hydrocarbon exploration, and validates Impact’s focus on the highly prospective Southern Africa Cretaceous oil and gas play, which extends from southern-most Namibia to the east coast of South Africa.”

Earlier this month, Shell and QatarEnergy made an oil discovery in the PEL 39 license in the Orange Basin through the drilling of the Graff-1 exploration well.