Located in the Nenets Autonomous District, 60km north of the Arctic Circle, the Kharyaga oil field in the Timan-Pechora basin was discovered in 1970 and has been producing since 1999 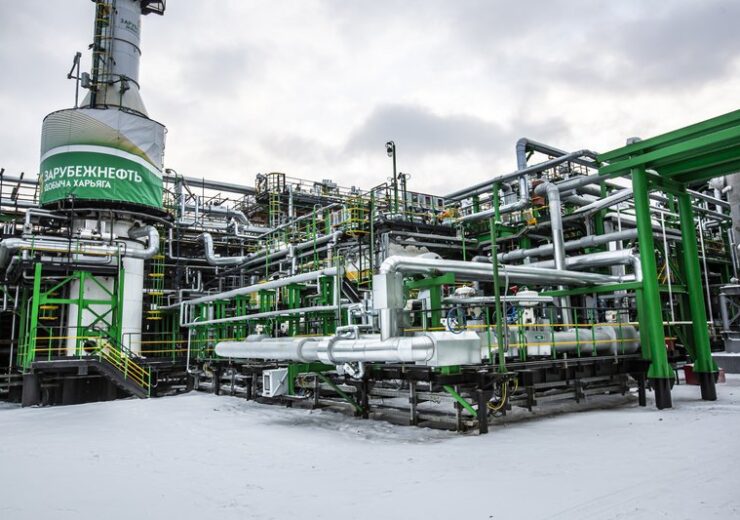 Production at the Kharyaga oil field in Russia. (Credit: ZARUBEZHNEFT)

TotalEnergies has reportedly reached a deal for transferring its 20% stake in the Kharyaga oil field in Russia to Russian state-controlled oil company Zarubezhneft.

The transfer of the stake by the French energy major is part of its withdrawal process from Russia amid sanctions by the West following the Ukraine war, reported Reuters. In March 2022, TotalEnergies announced its plans to pull out from Russia.

No details were provided about the financial terms of the deal.

The publication stated that the information is based on a response given to its query by a spokesperson of TotalEnergies.

The closing of the deal is contingent on approval from the Russian authorities.

Located in the Nenets Autonomous District, the Kharyaga oil field has been producing since 1999. The field, which was discovered in 1970, is part of Timan-Pechora basin and is 60km north of the Arctic Circle.

Prior to handing over the operatorship of Kharyaga to Zarubezhneft in August 2016, TotalEnergies was producing oil from levels 2 and 3 of the field for nearly 17 years.

Equinor was also part of the Kharyaga oil field with a 30% stake before exiting it citing Russia’s military operation in Ukraine.

The Russian oil field is expected to produce until 2031 with a possibility to extend it further.

Last week, Russian President Vladimir Putin issued a decree to enable Moscow to take full control of the Sakhalin-2 oil and gas project located in the country’s far east. The decree puts the participation of foreign stakeholders Shell (27.5%), Mitsui (12.5%), and Mitsubishi (10%) in the project at risk.