Total has signed an amendment with CNOOC to their existing sale and purchase agreement (SPA) for liquefied natural gas (LNG) supply to further consolidate their cooperation in the LNG business. 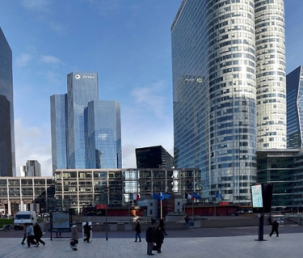 The partners have increased the contract volume from 1 million tons per annum (Mtpa) to 1.5 Mtpa of LNG, sourced from Total’s global LNG portfolio, and have extended the term of contract to 20 years.

The initial long-term LNG SPA was signed in 2008, with an annual contract volume of 1 Mtpa for a period of 15 years.

Total gas, renewables and power president Philippe Sauquet said: “We are delighted to strengthen our partnership with CNOOC to expand our presence in the Chinese LNG market, which grew by 50% over the first half of 2018 and will continue to drive the increase of LNG demand over the next decade.”

With a portfolio of 15.6 million tons managed in 2017, Total is one of the world’s leading players in the sector, with solid and diversified positions across the LNG value chain.

Through its stakes in liquefaction plants located in Qatar, Nigeria, Russia, Norway, Oman, the United Arab Emirates, the United States, Australia, Angola and Yemen, the Group sells LNG in all global markets.

Following the acquisition of Engie’s LNG business, Total became the second-largest Private global LNG player among the majors, with an overall LNG portfolio of around 40 Mtpa by 2020 and a worldwide market share of 10%.

LNG development is a key element of the Group strategy, which is strengthening its upstream positions in the major production regions with projects in Russia, the Middle East, the U.S. and Australasia, as well as its downstream positions in all markets.