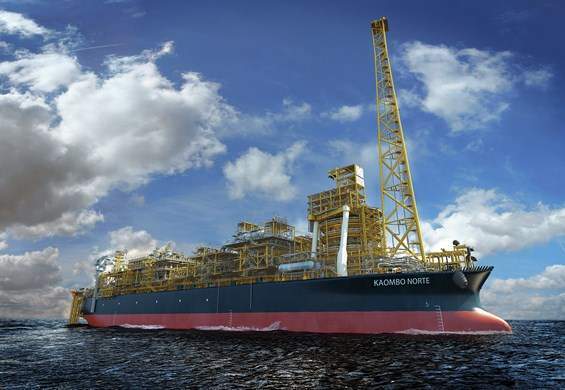 Claimed to be biggest of its kind in Angola, the field is located on Block 32, 260km off the coast of Luanda, the capital of Angola.

The project aims to develop oil deposits spread across six different fields, which will be connected via 300km of subsea pipelines to two floating production, storage and offloading (FPSO) vessels.

The six fields, which include Gengibre, Gindungo, Caril, Canela, Mostarda and Louro, cover an area of 800km2 in the central and southern part of the block.

Total has brought on stream the first FPSO unit, Kaombo Norte which has capacity to produce an estimated 115,000 barrels of oil per day. The second FPSO, Kaombo Sul, is planned to commence production next year.

A total of 59 wells are planned to be connected to the two FPSOs.

Total exploration & production president Arnaud Breuillac said: “The Kaombo start up is a great milestone for Total. Developing the estimated 650 million barrels of reserves will contribute to the Group’s growing production and cashflow in Africa.

“Total is proud to build on its deep offshore expertise to operate the latest major project coming on stream in Angola, which will account for 15% of the country’s oil production.

“Once more, this demonstrates the Group’s long-term commitment to help develop the oil and gas industry in the country. We will continue doing so in the years to come, including by relaunching exploration in areas such as Block 48.”

The firm expects the production from the project to reach an estimated 230,000 barrels of oil per day at peak. The associated gas will be exported to the Angola LNG plant.

Total operates the Block 32 with 30% stake while other partners include Sonangol P&P with 30% interest, Sonangol Sinopec International 32 with 20% stake, Esso Exploration & Production Angola (Overseas) with 15% interest and Galp Energia Overseas Block 32 with 5% stake.