Tesla gets final approval for Gigafactory Berlin-Brandenburg in Germany

The American EV manufacturer aims to manufacture up to 500,000 vehicles per annum of the Model Y type at the German gigafactory 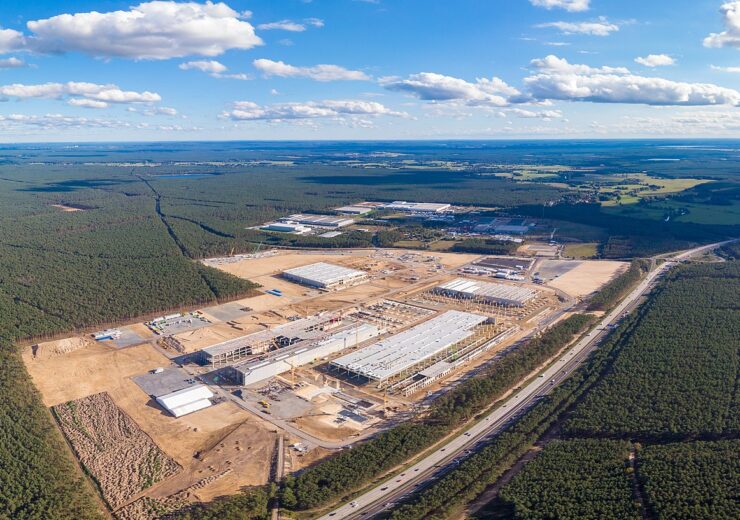 Tesla has secured a conditional final approval for its $5.5bn Gigafactory Berlin-Brandenburg in Germany from the state of Brandenburg after nearly two years of construction.

The gigafactory in the Oder-Spree district will be the American electric vehicle (EV) manufacturer’s first of its kind in Europe.

The construction on the automobile factory started in spring 2020. The latest approval will allow Tesla to begin operations shortly after fulfilling various conditions such as water use and air pollution control, reported Reuters.

Brandenburg Environment Minister Axel Vogel said: “The Tesla approval process is an unusual process in several respects. In a comparatively short time, the State Office for the Environment inspected and approved not just a factory, but an entire industrial area with several large-scale plants and repeated public participation.”

Tesla was expected to begin operations at Gigafactory Berlin-Brandenburg in 2021. However, its plans were delayed because of administrative troubles along with concerns over the water usage of the factory.

Located in the municipality of Grünheide (Mark), the gigafactory has been designed to manufacture cells in-house along with EVs.

The company aims to produce up to 500,000 vehicles per annum of the Model Y type at Gigafactory Berlin-Brandenburg.

Last month, Tesla signed a five-year agreement with Liontown Resources for securing the supply of lithium spodumene concentrate from the latter.

As per the terms, the Australian battery materials company will supply up to 100,000 dry metric tonnes (DMT) of spodumene concentrate to Tesla in the first year. This will be increased to 150,000DMT per year in subsequent years.

In January 2022, Tesla signed an offtake deal with Canada-based Talon Metals for 75,000 metric tonnes of nickel concentrate to be produced from the latter’s Tamarack nickel project in the US.