Tag Pacific has stated that its deal to acquire Energy Made Clean (EMC) business from Carnegie Clean Energy Limited (Carnegie) has reached a major milestone, after three key binding agreements were executed. 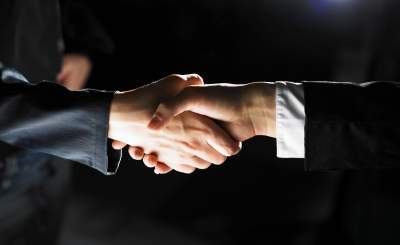 The expanded ASX-listed group, to be known as MPower, will hold a market leading position and will benefit from increased scale and enhanced national reach.

The EMC business will be fully integrated with Tag’s existing MPower business with head entity, Tag Pacific, being renamed MPower upon completion. Following finalisation of the transaction, Tag and Carnegie shareholders will hold a direct investment in MPower Group Limited, an ASX-listed renewables and battery storage leader.

Tag and Carnegie have now formally executed three binding legal documents relating to the purchase of the EMC business.

Tag CEO Nathan Wise said: “This is a significant step forward. As a result of the documents that have been executed, Tag is now positioned to complete the purchase of EMC, subject only to the satisfaction of a number of conditions precedent.”

“We are excited by the opportunity to bring together two leading renewable and battery storage businesses and we look forward to welcoming Carnegie’s shareholders into our group.”

As previously reported, MPower and EMC would have had combined pro forma revenue in FY2018 in excess of $50m. In line with market growth expectations, revenue of the enlarged group is expected to increase in FY2019 and beyond. The combined entity would have started FY2019 with a combined committed order book of circa $20m and once the MPower and EMC businesses are fully integrated, the combined business is expected to have sufficient scale to enable profitability to be achieved.

The combined business will integrate the engineering, procurement and construction activities of both existing businesses under the MPower brand, maintaining their strong presence in New South Wales and Western Australia to deliver a national and regional capability. It will also integrate EMC’s solar and battery storage project development pipeline in order to establish a stand-alone build, own and operate solar and microgrid asset portfolio in the future.