First Minister of Wales Carwyn Jones has committed to providing further investment in Swansea Bay Tidal Lagoon and has called the UK Government to support the project. 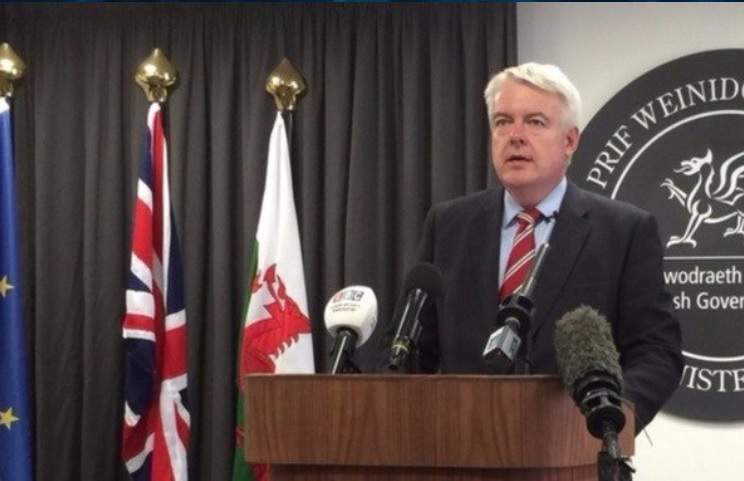 Speaking with the tidal lagoon’s CEO Mark Shorrock this morning, the First Minister reiterated his support for the project and said he was ready and willing to provide further substantial investment to get the project off the ground.

This follows on from a letter the First Minister sent to Prime Minister Theresa May offering to cover some of the tidal lagoon’s capital costs and urging the UK government to give the project the go-ahead.

The Hendry report, published on 12 January last year, concluded that “the evidence is clear that tidal lagoons can play a cost effective role in the UK’s energy mix and there is considerable value in a small pathfinder project.” However, one year on, the UK government has failed to make a decision on the project.

Carwyn Jones said: “This would be the world’s first tidal lagoon power plant, which would create thousands of high quality jobs, supply a significant proportion of the UK’s energy needs and position Britain as a world leader in a new global industry.

“And, yet, the UK government has been dragging its heels for over a year. This is leading to a growing sense of frustration among the Welsh business community and an increasing risk that the lack of a decision will turn into a decision not to proceed.

“Now is the time for the UK government to stop stalling and get on with agreeing a strike price so we can make this transformative project a reality.”

Tidal Lagoon (Swansea Bay) CEO Mark Shorrock said: “This is the breakthrough our project has needed.  We thank the First Minister and his team for their leadership.

“We look forward to working alongside the Welsh Government to now close the deal for Swansea Bay Tidal Lagoon with the UK Government.”