Sungrow has secured a contract from Enel Green Power Chile to supply its 1500Vdc central inverter solutions to a 400MW solar project in Copiapó, Chile. 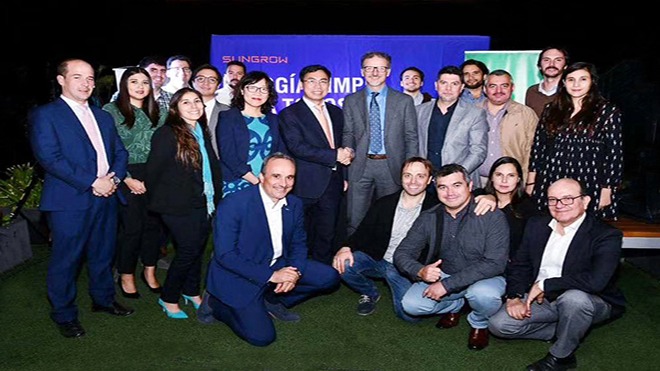 The contract is considered as a major achievement for Sungrow in Latin America, as the project is touted to be one of the largest photovolataic projects in Chile built so far.

The solar project will be located in the Atacama Desert, one of the driest places on earth and its construction is expected to begin this year. The Desert is home several other solar farms due its optimal climate conditions for the technology, such as high radiation and medium temperature.

Sungrow Chile country manager Gonzalo Feito said: “We are proud to be a part of the 400 MW project in Chile, a landmark installation which represents our commitments to decarbonize process that Chile is living.

“There is an incredible demand for renewable energy in Latin America, in particular Chile, Brazil and Argentina. We have seen through our efforts an intense desire by the people and government to continue evolving in ways to the grid parity and a cleaner future.”

For the project, Sungrow will supply its 6.25MW turnkey solution for 1500Vdc systems, which is claimed to bring an efficiency of up to 99% and a maximum DC/AC ratio of up to 1.5, which is an ideal solution for the solar farm in the region.

Sungrow also stated that the inverter solution complies with Chilean codes for resisting earthquakes and is also resilient to the severe conditions.

Enel Green Power Chile general manager Valter Moro said: “Sungrow is an important worldwide player in the energy industry. Its 22-year experience gives us the confidence to be working with a reliable partner in order to achieve the best results in this PV project.”

In January, Sungrow supplied its 1500V inverters including a complete local medium voltage solution to a 400MW Spanish solar project.

The order was placed by Solaria Energía y Medio Ambiente, which had already started construction of the first parks in Cáceres, Valladolid, Salamanca, Toledo, Cuenca and Huesca. Power generated from the 12 plants, with more than 1,100,000 PV modules, will be equal to the annual electricity demand of about 150,000 inhabitants.