Under the auspices of the President of the Republic of Serbia, Aleksandar VUCIC, and the French President, Emmanuel MACRON, SUEZ, within the consortium BCE, signs with municipal heating company Beogradske Elektrane a 25-year contract to provide the Serbian capital with heat produced from the energy recovery of waste. 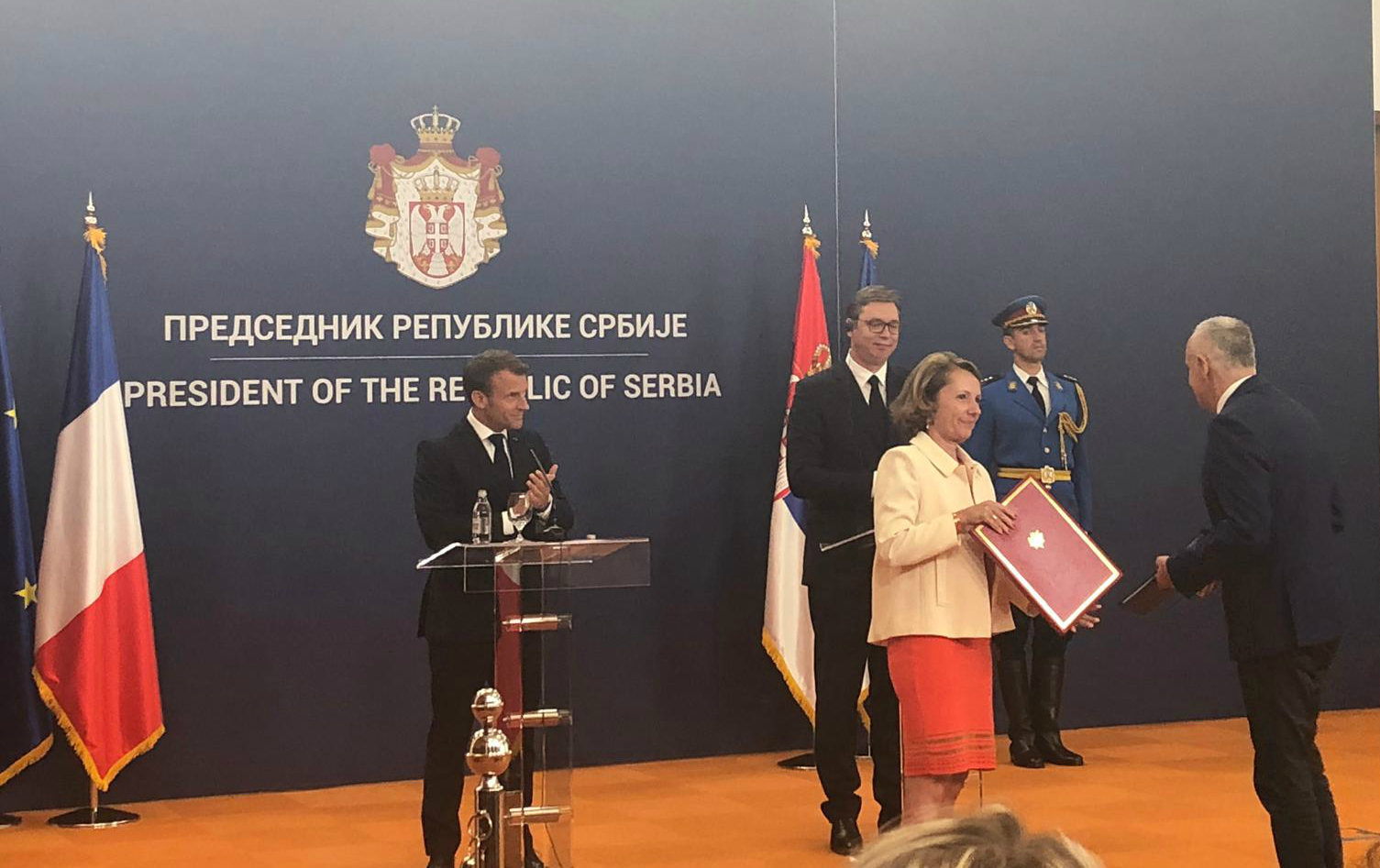 Image: Suez and Beogradske Elektrane officials at the signing ceremony, in the presence of Republic of Serbia, President Aleksandar Vučić, and the French President, Emmanuel Macron. Photo: Courtesy of Suez.

As part of the public-private partnership (PPP) signed in 2017 between the city of Belgrade and the consortium BCE, to develop a project to recover waste from the inhabitants of the Serbian capital, the consortium lead by SUEZ is signing today a contract that marks a new phase in the implementation of the project.

Awarded following an international call for tenders launched with the backing of the World Bank, the PPP provides for the design, construction, financing and operation of modern waste recovery facilities, including a new energy-from-waste facility and a recycling plant for construction and demolition waste.

BCE has committed to invest €285 million to build the new infrastructures that will process 500,000 tonnes of municipal waste and 200,000 tonnes of construction and demolition waste each year. Operation will be handled by SUEZ and will start gradually from 2020.

The energy-from-waste facility will produce up to 30 MW of electricity, plus 56 MW of heat purchased by the municipal company Beogradske Elektrane; thus reducing the natural gas consumption of its Konjarnik plant by 80% in the cold season. In this way, the project will contribute to reducing the reliance on fossil fuel.

This PPP project also includes the gradual closure of the existing Belgrade landfill located in the immediate suburbs of Vinča, on the banks of the Danube. Opened in 1977, this 40-hectare landfill is one of the 50 largest active landfills in the world and the only one in Europe to be listed by the International Solid Waste Association 2.  Its gradual closure will contribute to improving the environmental impact as well as the water quality of the Danube.

Rade Basta, General Manager of Beogradske Elektrane, said: “Beogradske Elektrane is proud to contribute to this landmark project by providing Belgrade’s inhabitants and businesses with a renewable heat source consistent with the principles of the circular economy.”

“Alongside our partners Itochu and Marguerite, the Group is proud to support Belgrade in its energy transition by enabling it to reduce its environmental impacts. This public-private partnership is one of the biggest in the Western Balkans.”