Stena Renewable is investing SEK 2.2bn ($230m) for the construction of the Vindpark Tvinnesheda, with a total output capacity of 210MW 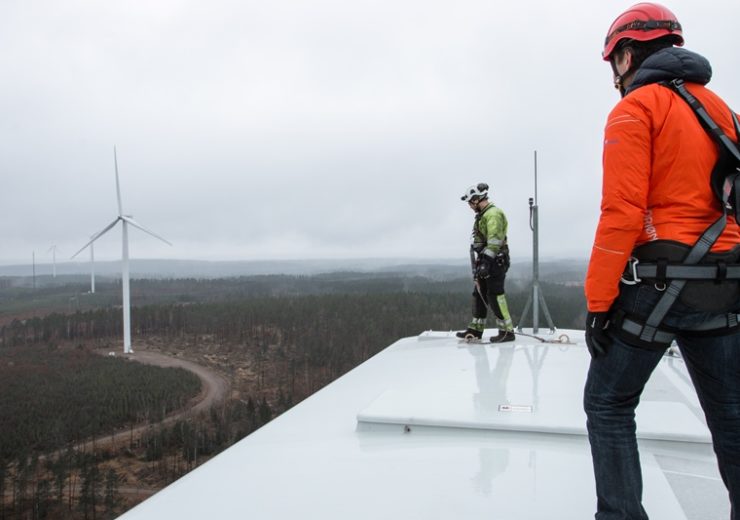 Norwegian construction company Veidekke has secured a design and build contract from Stena Renewable to construct the foundations and associated roads for 47 wind turbines in Sweden.

Under the contract worth SEK 265m ($27.5m), Veidekke will be responsible for the construction of roads leading to every wind turbine along with the associated areas for cranes, storage of turbine wings, and others.

The firm will also complete the internal power grid connection, and will do ground work along with cast foundations for the wind turbines.

The project is schedule to be completed in December next year.

Veidekke Sweden Civil Engineering construction manager Anders Johansson said: “We appreciate being given the confidence of constructing this exciting project.

“Being able to contribute to improving our environment by developing Swedish wind power is important to us.

“Applying an interactive and involved way of working, we plan to utilise everyone’s knowledge to come up with the best solutions for the project.”

Stena Renewable is investing SEK 2.2bn ($230m) for the construction of the Vindpark Tvinnesheda, with a total output capacity of 210MW.

The firm said that the project has been realised through cooperation between wind power operators and the grid owner E.ON, and a grid reinforcement loan from Svenska kraftnät, the Swedish power transmission authority.

Stena Renewable CEO Peter Zachrisson said: “Veidekke has the required expertise and organisation to build as large a wind farm as Vindpark Tvinnesheda.

“In recent years, Veidekke has built two wind farms for us, and we are pleased to be able to realise yet another wind farm with them.”

In 2018, Veidekke was selected by Swedish wind power consulting company Eolus Vind as balance of plant contractor for the two wind farms – Kråktorpet and Nylandsbergen in Sweden.