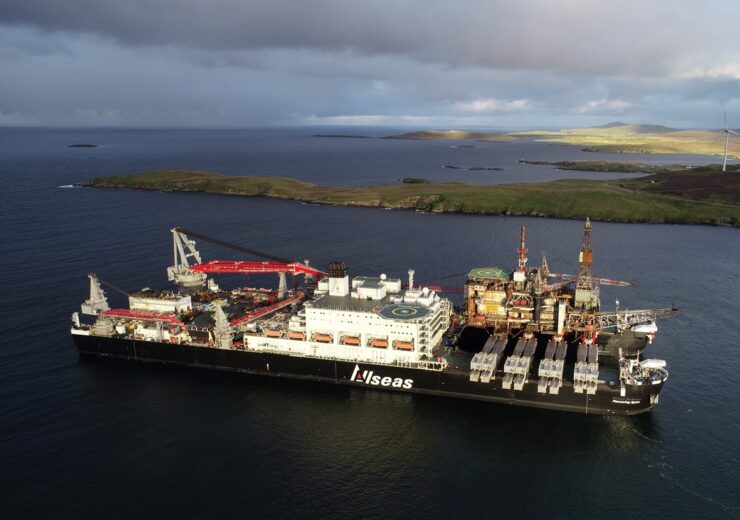 As per Spirit Energy, final preparations are underway for the removal of the two 11,000-tonne platforms using Allseas’ Pioneering Spirit vessel.

The vessel will operate at a water depth of 22m and will pull out the two platforms and transport them to shore for recycling.

It is also the first lift assignment for the vessel outside the North Sea. Working 40km off the coast of Blackpool, northwest England, the strong currents and shallow depths are expected to throw a different set of challenges for the vessel’s single-lift capacity.

The ongoing preparations include cutting and removing of risers, caissons and conductors, cutting the platforms’ steel legs, strengthening the topsides and installing made-to-measure lift points.

Spirit Energy project manager Donald Martin said: “After two years of preparing the DP3 and DP4 installations for removal, we’re now looking forward to one of the most significant milestones in the project with the removal of both platforms.

“Seeing the Pioneering Spirit in the East Irish Sea will be an impressive sight –its capacity and single-lift methodology made it a good fit to safely execute this project.”

The two platforms were used to produce gas and are part of Spirit Energy’s eight installations in Morecambe Bay.

As the field has matured now, the reserves the platforms previously tapped into were produced by the larger, manned Central Morecambe platform nearby.

The 12 wells, which were connected to the DP3 and DP4 platforms, have already been plugged and abandoned. The plugging of the wells was carried out using a slant rig to accommodate the angle at which the wells were drilled in the 1980s.

The DP3 and DP4 installations first produced gas in 1985.