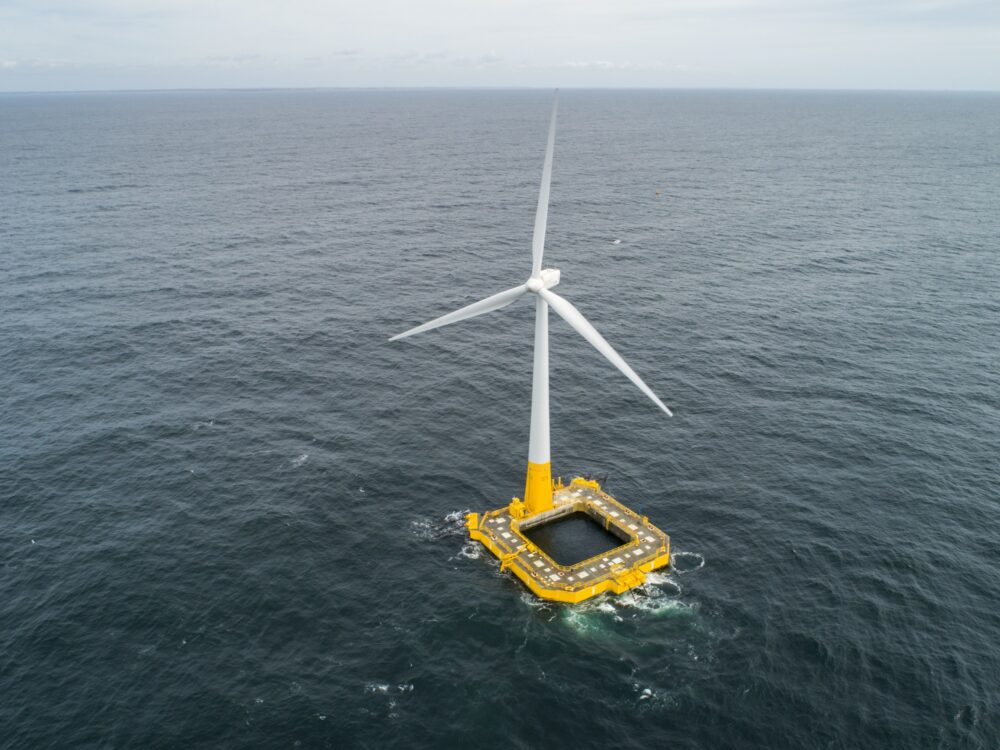 A consortium led by Toda Corp was announced as the winner of the Japanese government’s auction to build a floating offshore wind farm off the coast of Nagasaki prefecture (Credit: Wikimedia Commons/Lo83)

As South Korea looks to shift away from high-polluting fossil fuels towards renewable energy sources, the country is looking to ramp up its share in offshore wind. Here, Modern Power Systems charts some of the latest developments in the sector across the East Asion nation.

Total and Macquarie’s Green Investment Group (GIG) have concluded a 50/50 partnership to develop a portfolio of five large floating offshore wind projects in South Korea with a potential cumulated capacity of more than 2 gigawatts (GW).

Located off the eastern and southern coasts of the country (Ulsan and South Jeolla Provinces), the projects have commenced comprehensive on-site wind data collection campaigns. The partners aim to launch construction of the first project of around 500 megawatts (MW) by the end of 2023.

The country has a significant potential for the development of a floating offshore wind segment, the new partnership believes, benefiting from strong governmental support and a unique set of local competencies amongst which the extensive shipbuilding know-how and the country’s ambitious R&D programmes.

“Our entry into the floating offshore wind segment in South Korea is in line with Total’s strategy to profitably develop renewable energy worldwide and contribute to our net-zero ambition,” said Patrick Pouyanné, chairman and CEO of Total.

“We strongly believe in the potential of floating offshore wind in South Korea, which will play a key role in achieving the country’s renewables objectives,” he added.

“Thanks to its extensive experience in offshore projects, in co-operation with many Korean shipyards, Total is particularly well positioned to contribute to the successful development of this new technology in South Korea together with our partner GIG.”

Subject to regulatory approvals, etc, the new partnership will become effective in the autumn of 2020.

South Korea-based Doosan Heavy Industries and Construction says it “is preparing to penetrate in full force the market for offshore wind power generation as its new growth engine”.

It is currently the sole manufacturer of offshore wind turbines in Korea, with a modest installed base of around 96 MW in operation, including a 60-MW offshore demonstration wind farm in the country’s southwestern region and the 30-MW Tamra offshore wind farm off Jeju Island.

With the announcement of the “Green New Deal” plan on 14 July, South Korea has re-affirmed its strong ambitions to develop renewables, with the target of accounting for at least 20% of the power mix by 2030, including 12 GW of offshore wind capacity – an aspiration that is included in the recently published “Offshore Wind Power Development Plan.”

The project involves constructing an offshore wind farm with a total capacity of 2.5 GW, including a 400-MW demonstration complex and a 2-GW expanded complex, along the coast of Gochang County and Buan County in North Jeolla Province.

The project, valued at 14tn South Korean won ($12.5bn), is scheduled to be completed by 2029. As already mentioned, Doosan supplied the twenty 3 MW wind turbines deployed for a 60-MW demonstration project in the same region.

Doosan Heavy says it plans to grow its offshore wind power business so that it becomes a business with annual sales of more than 1tn won ($892m) by 2025 and says it is “stepping up its efforts to transform its business portfolio to be more environment-friendly, in line with the government’s energy transition policy.”

Doosan says it has invested about 180bn won ($161m) since first initiating development of wind power technology in 2005, and it plans to further expand its investments in R&D and production facilities to meet the growing requirements of the domestic market.

Doosan Heavy says it has offshore wind turbine models that “can be utilised in various ways that are suitable to Korea’s typical low-wind velocity environment.”

The company began development of an 8-MW offshore wind turbine as a government-backed project in 2018, and this is scheduled to be completed by 2022. This turbine is designed to achieve at least a 30% load factor even in an environment with a relatively low average wind velocity of 6.5 metres per second (m/s), which is the typical wind speed in Korea.

The company also says it is also leading the “digital transformation of the wind power generation business.” The company has developed Wind Supervision, an ICT-based integrated monitoring system, which can be used to monitor power generation and operational status of wind turbines in real time.

It has also developed what it calls the Power-up Solution to provide optimal power generation suited to the wind velocity at a site and a smart maintenance system to help enhance business competitiveness.

Doosan says it is also currently working on the development of various other digital technologies applicable to wind turbines, including an AI-based failure diagnosis system.