Russian gas producer Gazprom said that pipe laying work for the €8bn Nord Stream 2 natural gas pipeline in the Gulf of Finland has been started by the offshore pipelay vessel Solitaire. 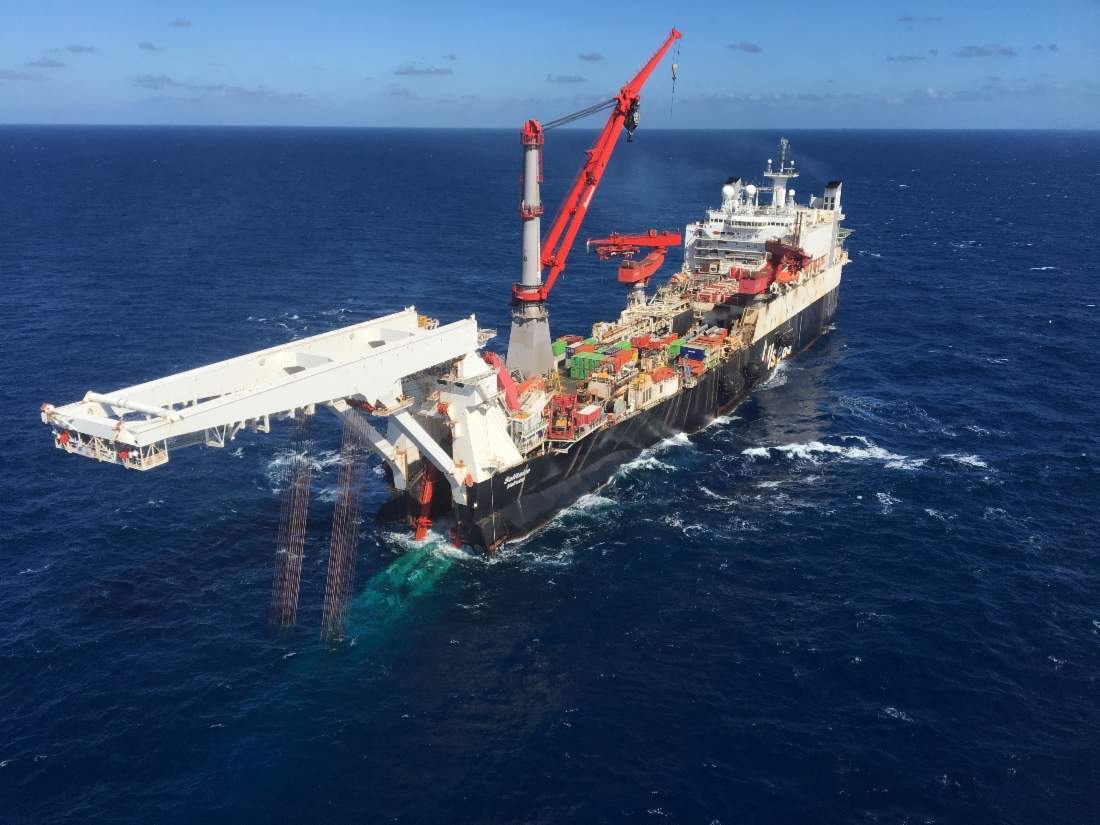 The 300x400m Solitaire vessel will lay 12m long pipes weighing 24 tonnes round-the-clock which will be delivered to it by pipe supply vessels (PSVs) from the pipeline project’s nearest logistics hubs.

The pipes for the section of the Nord Stream 2 natural gas pipeline in Finnish waters are welded together on board the Solitaire vessel. After this, the welds are inspected and the pipeline is finally lowered down to the seabed, said Gazprom.

Before and after pipelay, a survey vessel will be used for carrying out surveys to cross check if the pipeline has been placed at its intended position.

“Solitaire for example uses a dynamical positioning system with thrusters to position itself accurately. It is thus only the pipeline that touches the seabed. Using a vessel operating without anchors ensures additional safety in the congested Gulf of Finland.”

The Nord Stream 2 natural gas pipeline is an underwater export pipeline project that will supply Russian natural gas to the European Union through the Baltic Sea.

Overall, the international gas pipeline will comprise two offshore export gas pipelines, each of 1,200km length. The two pipelines will source natural gas from the Bovanenkovo gas field in Russia’s Yamal Peninsula and deliver it to different regions of Europe.

Nord Stream 2, which is an expansion of the already built and operating Nord Stream offshore natural gas pipeline in the Baltic Sea, is slated to begin operations in 2019.

Last month, the pipeline project secured a permit in Russia for the construction of a 114km long underwater pipeline section in the country’s territorial waters.

Nord Stream 2 natural gas pipeline has been designed to transport 55 billion cubic meters of gas per year and is majority owned by Gazprom with the other stakeholders being BASF/Wintershall, Engie, E.On, OMV, and Shell.