Japan's Sojitz has decided to exit the producing BAU thermal coal mine in Indonesia in a move to distance itself from thermal coal investments. 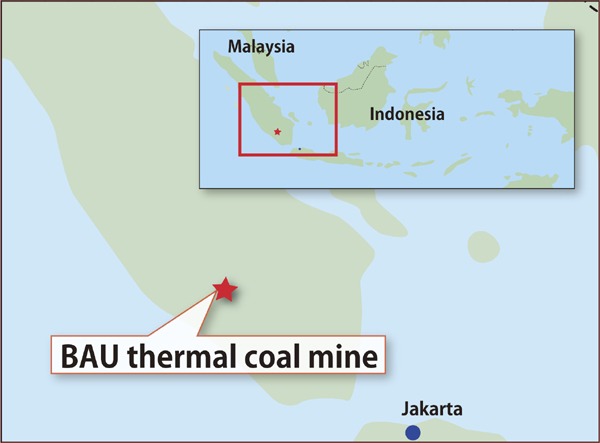 Image: Sojitz to sell its entire stake of 30% in the BAU thermal coal mine. Photo: courtesy of Sojitz Corporation.

In this connection, Sojitz has entered into a deal with an undisclosed buyer to sell its entire stake of 30% in Bara Alam Utama, the owner and operator of the BAU thermal coal mine.

The Japanese company didn’t disclose the financial terms of the deal as well.

The sub-bituminous thermal coal mine, which is located in the Merapi Barat district in South Sumatra, has been producing since January 2011.

Sojitz, in a statement, said: “This strategic share sale furthers Sojitz’s shift away from thermal coal investments as the company continues to rebalance its coal assets in light of rising global concern for the environment and long-term business sustainability.

“Following the sale, Sojitz will continue to serve as BAU’s exclusive sales agent in Japan and continue to provide a stable supply of coal to the Japanese market.”

Last May, the Japanese conglomerate, through its subsidiary Sojitz Coal Mining, signed a deal to acquire the Gregory Crinum coking coal mine in central Queensland, Australia from BHP Billiton and Mitsubishi Development.

Located in the Bowen Basin, the Gregory Crinum mine is a hard coking coal mine, which had a capacity to produce six million tons of hard coking coal per year before its operations were suspended in 2016.

Sojitz, at the time of signing the deal, said that it planned to restart operations at the Gregory Crinum coking coal mine, which will have an annual capacity of up to 3.0 million tons of coal when fully operational with a mine life of over 20 years.

The acquisition of the Gregory Crinum mine was taken up by the Japanese group to leverage from its expertise at the Minerva and MDS coal mines, both located in Queensland, while strengthening its coking coal business. Further, Sojitz at the time of announcing the transaction said that it will also help rebalance its coal assets, which were tilted towards thermal coal.