Japan’s Inpex said that it will soon commence pre-FEED work for the Abadi onshore LNG Project in the Masela Block, located in the Arafura Sea in Indonesia. 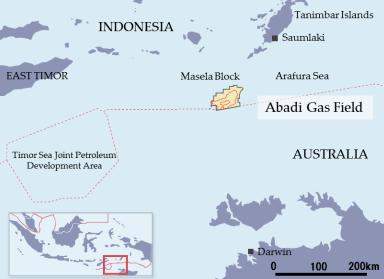 It represents an important milestone in the development of the Abadi LNG Project, which is operated through its subsidiary INPEX Masela.

INPEX will formulate a detailed revised plan of development (POD) contingent on the results of the Pre-FEED work and ongoing discussions with the Indonesian authorities to achieve a cost efficient and economically competitive project.

Following government approval of the revised POD, a series of subsequent evaluations including front-end engineering and design (FEED) work will be carried out leading to a final investment decision (FID).

In April 2016, the authorities responded by instructing the company to re-propose the POD for the Abadi LNG Project based on an onshore LNG development scheme.

Following constructive discussions with the authorities that included agreeing to the need for an economically viable project, INPEX is now set to commence Pre-FEED work based on an onshore LNG development scheme with an annual LNG production capacity of 9.5 million tons.

The impact of this matter on the company’s consolidated financial results is minimal.