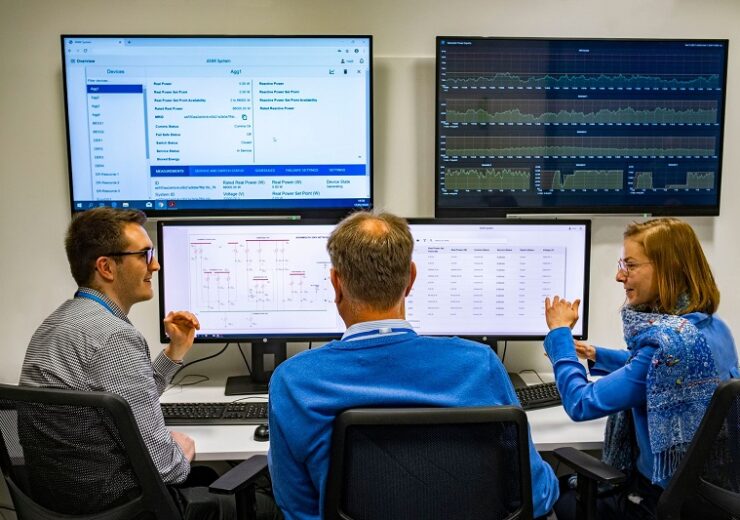 Smarter Grid Solutions, the Glasgow-based energy software firm, will almost double the amount of renewable energy that can be generated by customers using its systems in the coming months.

Renewables projects capable of generating a combined 272MW of power will be connected to electricity networks in Europe and the United States, with connections to a first deployment in Asia to follow soon after.

The new generators – which include wind turbines, solar panels, and other renewable technologies– will take the capacity of SGS’s customers’ assets to a record 573MW.

SGS’s software allows electricity grid operators to connect more renewable energy generators to their networks by minimising the amount of expensive infrastructure, such as cables and substations, that need to be installed.

Instead, the company’s systems help to balance supply and demand, keeping the grid stable while still allowing renewables to be connected.

SGS’s first distributed energy resources management system (DERMS) went live in 2009 and, since then, its customers have generated a total of 5.7TWh of electricity, enough to power 1.5 million Scottish homes for a year, with the renewable energy helping to avoid the equivalent of 1.85 million tonnes of harmful climate crisis-causing carbon dioxide gas being emitted into the atmosphere, equal to the emissions from 1 million cars in a whole year.

A total of 521MW of capacity has been connected using SGS’s software since 2009, with some capacity subsequently switching to more permanent firm grid connections to the customer benefit, leaving the current total at 301MW.

Since the COP21 climate change conference in Paris in 2015, SGS’s software has been used to connect a further 217MW of renewable energy capacity to grids across the world.

Dr Graham Ault, co-founder and executive vice president at SGS, said: “As COP26 gets underway in our home city of Glasgow this week, it’s important to highlight real-world solutions like our software, which is helping to connect more and more renewable energy devices to electricity grids throughout the world.

“There’s a long way to go to hit the carbon-reduction commitments being made by governments, but using innovative technology like ours is already allowing power network operators and energy asset owners to lead decarbonisation.

“Innovations such as these are a key step in empowering local communities to play their role by connecting wind turbines, solar panels, and other devices to their local networks.

“We need big acts from big countries at COP26 over the coming days, but we also need to let smaller communities and smaller energy projects play their part too.”

News of the latest figures comes as SGS also released the latest update on its own carbon footprint.

The company has cut its emissions from 241.5 tonnes of carbon dioxide-equivalent (tCO2e) in 2019 to 126 tCO2e estimated to the end of 2021, representing a 48% drop including business operations changes resulting from the Coronavirus pandemic.

Measures taken include using electricity in its Glasgow headquarters office that was generated from renewable sources.

Dr Ault added: “During 2019, we looked at energy use in our Glasgow and New York offices, and business travel, including commuting to and from work.

“This year, to reflect the changing working practices during the pandemic, we’ve included emissions for staff working from home.

“It’s a complicated picture – because so many of our staff live within public transport commute, cycle and walking distance of our Glasgow and New York offices, the carbon emissions are actually lower if they come into the office, rather than heating and powering their homes using fossil fuels.

“But the figures demonstrate that small businesses like our own can slash their emissions in half, meeting our commitments to working towards our own net zero under the Small and Medium-sized Enterprise (SME) Climate Pledge.”