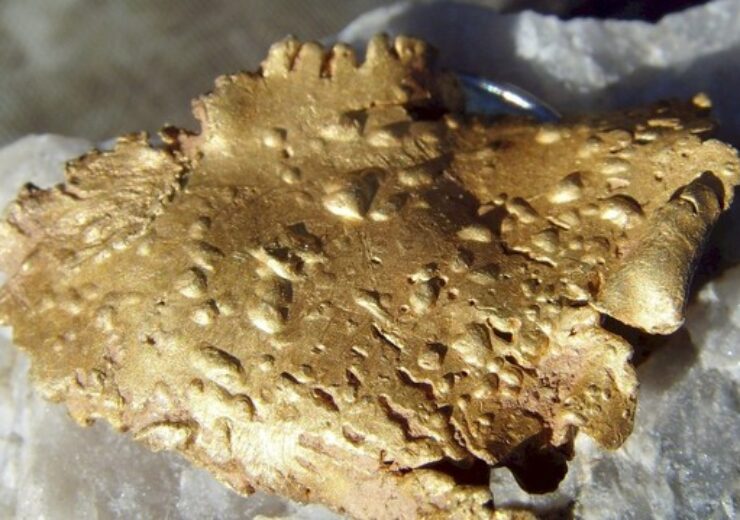 RTX will contribute expertise and funding under the farm-in (Credit: carlos aguilar/FreeImages)

Sipa Resources announced that it has signed a Farm-in and Joint Venture Agreement (FJVA) with RTX, a wholly-owned subsidiary of global miner Rio Tinto Limited, pursuant to which RTX can earn an interest in Sipa’s Paterson North Copper-Gold Project located in the Paterson Province of Western Australia.

The FJVA will allow Sipa to accelerate exploration activities through increased expenditure and benefit from the technical expertise of RTX and potential operational synergies with RTX’s other activities in the Paterson region, including at the Winu copper and gold discovery 10 km west of the Paterson North Project. RTX will contribute expertise and funding while Sipa will manage exploration activities in the initial stage of the farm-in.

“Attracting a global major such as Rio Tinto to farm-in to the Paterson North Project reflects both the enormous potential of the ground and the quality of the work which the Sipa exploration team has completed over the past five years. Furthermore, it strengthens our relationship with RTX and endorses the technical capabilities of the Sipa team.

“Sipa has been progressing exploration on its large ground-holding in the Northern Paterson province since 2016, resulting in the discovery of a significant copper-rich polymetallic mineral system at Obelisk.

“We look forward to working with RTX and making further progress at Paterson North, while enabling Sipa to progress work on our 100% owned projects including Warralong and Wolfe Basin”.

Hartleys Limited acted as corporate adviser to Sipa in relation to the transaction.

KEY TERMS OF THE EARN-IN AND JOINT VENTURE AGREEMENT

The FJVA with RTX encompasses Sipa’s entire Paterson North Project tenement package, including the tenements within Sipa’s Great Sandy Joint Venture with Ming Gold Pty Ltd (Ming Gold) in which Sipa has earned an 89% interest (together, the Project).

Key terms of the FJVA with RTX are summarised below:

Minimum expenditure commitment of A$3 million on the Project within the first 2.5 years, including at least 4,000m of drilling. The work programme is expected to principally comprise a combination of ground geophysics and drilling to generate, refine and test target areas of interest, with several key target areas already identified. Details of the programme for this field season will be announced when finalised.

Following satisfaction of the minimum expenditure commitment, RTX has the option to sole fund a three-stage earn-in comprising:

A further A$3 million of exploration expenditure to earn an initial 55% interest in the Project, representing total expenditure, including the minimum commitment amount, of A$6 million (Stage 1) required within 4.5 years. Once Stage 1 is completed a Joint Venture will be formed;

Following completion of Stage 1, RTX will have the right to earn a further 15% interest in the Project (i.e. to 70% total interest), by sole funding an additional A$6 million of exploration expenditure within a further 3-year period, representing total expenditure of A$12 million (Stage 2);

Following completion of Stage 2, RTX will have the right to earn an additional 10% interest in the Project (i.e. to an 80% total interest) by sole funding exploration expenditure to the earlier of

-Definition of total JORC Mineral Resources on the Project with an in-situ value equivalent of at least A$1 billion; or

-Completion of an Order of Magnitude study in respect of mineral deposit(s) defined on the tenements, being an initial study that defines the extent and critical parameters of a Mineral deposit and the potential for development of a mining operation in relation to such Mineral deposit. (Stage 3).

The FJVA is conditional on Ming Gold agreeing to certain matters in relation to the FJVA in so far as they pertain to the existing Great Sandy Joint Venture tenements, including waiving its rights of first refusal in relation to transfers of interests in those tenements.

RTX will also subscribe to A$250,000 worth of Sipa shares @ A$0.10 per share, representing a 14% premium to the 10-day volume weighted average price. The Company will use its existing capacity under Listing Rule 7.1 to complete the placement, settlement of which is expected to occur within around a month after the FJVA becomes unconditional.