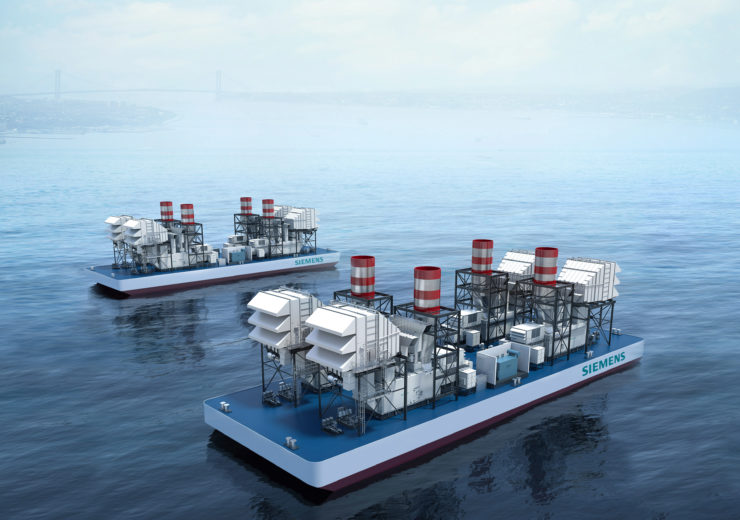 Under the contract, Siemens will preinstall the power generating facilities on two newly constructed floating barges with a generation capacity of about 300MW each.

Retrofitting the Gowanus Generating Station with SGT-A65 gas turbines and generators is expected to improve the plants’ power generating efficiency by nearly 50%.

It is also expected to reduce potential emissions of pollutants like carbon dioxide and monoxide.

Originally installed in the early 1970s, the four-barge Gowanus Station currently has a generation capacity of 640MW.

The replacement of barges with two modern floating power barges delivered by Siemens will enable Astoria Generating Company to retire the existing barges, reducing the total number of barges from four to two.

Besides, it will allow the retirement of two barges at the nearby Narrows Generating Station.

Siemens will deliver four SGT-A65 gas turbines under the contract

For each barge, Siemens will deliver four SGT-A65 gas turbines, which will operate on natural gas as their primary fuel.

Each SGT-A65 aeroderivative gas turbine is claimed to deliver up to 76MW for the Astoria project in simple cycle service at 41.8% efficiency.

“SeaFloat combines the advantages of our high-quality proven power plant technology with the mobility and flexibility that’s required in peak consumption periods.”

Under a 20-year long-term contract with Astoria, the company will provide service to help support the gas turbines’ and generators’ optimal operating efficiency.