Siemens has bagged an order for the turnkey construction of a 1.3GW combined cycle power plant for the integrated LNG-to-Power project GNA 1 owned by Gás Natural Açu in Brazil. 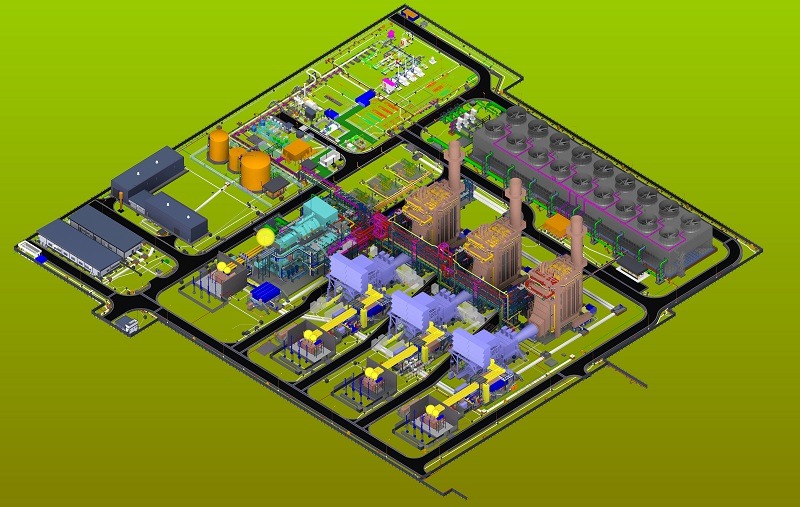 Image: Rendering of the GNA 1 LNG-to-Power project in the Port of Açu. Photo: courtesy of Siemens AG.

The GNA 1 LNG-to-Power project is being built in the Port of Açu in Rio de Janeiro state by Gás Natural Açu, which is a joint venture between Siemens, BP and Brazil logistics company Prumo Logística. Its project volume is around R$4.5bn (€1bn).

Apart from the construction order, Siemens signed a long-term service agreement with Gás Natural Açu under which it will be responsible for the operations and maintenance of the LNG-fired power plant.

The LNG-to-Power project, which broke ground last year, is scheduled to enter into operation in early 2021. Upon its commissioning, the GNA 1 project will be capable of meeting the power consumption needs of up to four million people.

In addition to the 1.3GW power plant, the GNA1 project will feature an LNG import and regasification terminal, a substation and a transmission line that will connect the power plant to the grid.

GNA 1 is the first phase of the Açu Gas Hub, a project being developed in the Port of Açu Complex. Açu Gas Hub’s objective is to offer a logistics solution for receiving, processing, consumption and transportation of natural gas from Campos and Santos Basins, and also import and storage of LNG.

In December 2017, Açu Gas Hub’s subsidiary, GNA 2, was given authorization from the Brazilian government to implement a second thermal power plant in the Port of Açu.

Açu Gas Hub will have a total capacity of 3GW after completion of the second phase.

“By integrating our offer along the energy value chain, the GNA 1 project clearly validates our comprehensive LNG-to-Power approach, which increases value to our partners and better meets the needs of the societies in which we operate.”