Siemens Gamesa to supply turbines for 232MW wind project in US

Siemens Gamesa wins order to supply its SG 4.5-145 turbines in the US and the order has helped the company achieve 1GW in sales for the turbine variant worldwide 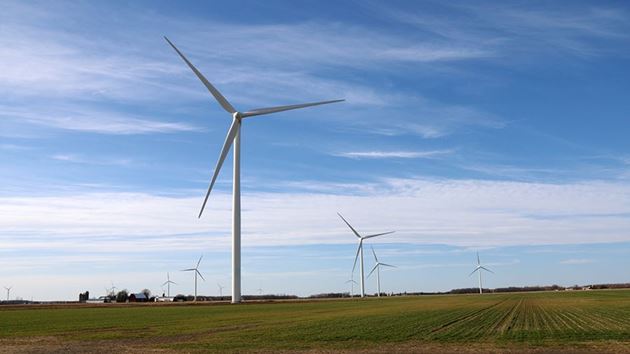 Spanish wind turbine-maker Siemens Gamesa has won an order from EDF Renewables to supply turbines for its 232MW Milligan wind project in Nebraska, US.

As part of the order, Siemens Gamesa will provide service and maintenance for the wind turbines to maximise energy production. The project is expected to be completed by the end of next year.

Siemens Gamesa CEO of Renewable Energy Onshore Americas José Antonio Miranda said: “EDF Renewables is a very strong partner for us and we are glad to be working with them on a number of projects like Milligan and the recently announced Coyote and Oso Grande wind projects.

“This order again evidences our customer’s confidence in not only Siemens Gamesa but also our leading technology.”

Siemens Gamesa claims that its SG 4.5-145 variant provides a flexible power rating between 4.2MW and 4.8MW, with a rotor diameter of 145m. Depending on site conditions, the company says that it will be optimised for maximum energy generation with minimum noise emission levels. The SG 4.5-145 has been designed to work in medium wind conditions.

“The strength of the deeply established partnership between Siemens Gamesa Renewable Energy and EDF Renewables continues to grow with the execution of another turbine supply agreement for LCoE leading technology.”

Located in the Texas Panhandle in Carson County, the wind farm includes 118 units of 1.85-87MW GE wind turbines. The servicing of the turbines will begin later this year.