Siemens Gamesa Renewable Energy (SGRE) has been selected by Enel’s subsidiary Enel Russia, to supply turbines for its 90MW wind farm in the country. 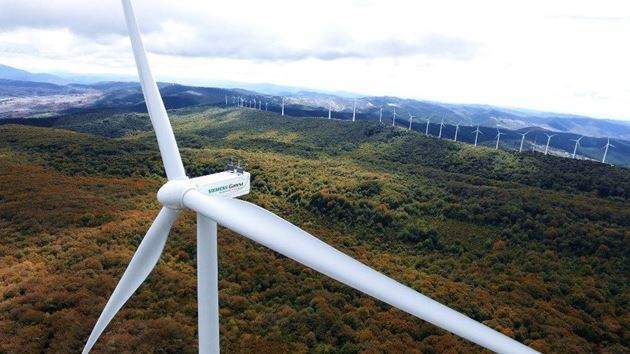 The contract marks the entry of Siemens Gamesa into the Russian wind power market. As part of the order, the company will supply 26 of its SG 3.4-132 turbines with 3.4MW power generating capacity each.

The order for the Azovskaya wind farm includes delivery, installation and service for the turbines. This wind farm will be located in Southern Russia and is due for commissioning in 2020.

The contract is part of  Siemens Gamesa’s supply agreement signed with Enel last year for delivery of 291MW turbines for two wind farms in the country.

As per the Spanish wind turbine manufacturer, the project is expected to contribute to the country’s targets in developing local renewable energy resources and a local wind energy industry.

Siemens Gamesa Renewable Energy North Europe & Middle East Onshore CEO Steven Pryor said: “We are excited to report this milestone as part of our market entry in Russia and we appreciate the trust from our key account client Enel.

“This first contract comes in parallel with our ongoing activities for localization of nacelle assembly and local component sourcing.”

In late September, the turbine-supplier secured orders to supply turbines totaling 233MW for eight wind farms in Spain. As part of these supply deals, the company will supply and install a total of 70 turbines.

And, in the same month, SGRE also launched SG 8.0-167 DD wind turbine, an 8MW offshore turbine designed specifically to suit the local conditions in the Asia-Pacific region. It is based on its Offshore Direct Drive wind turbine platform.

The new product was launched in response to its commitment to the local market, particularly in Taiwan, where the government has recently started inviting global players to develop the offshore wind market in the country.