The South African mining company will form a 50:50 joint venture with the seller, ioneer, for developing the lithium-boron project in Nevada, which has a capital estimate of $785m 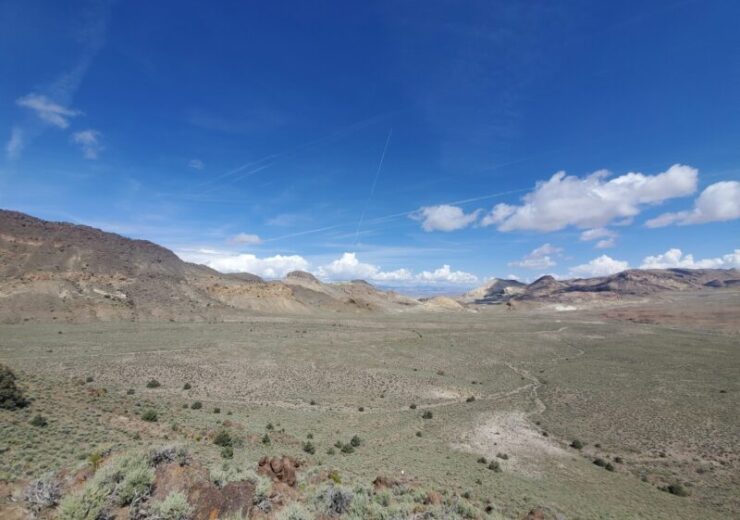 Sibanye-Stillwater said that it will acquire a 50% stake in the Rhyolite Ridge lithium-boron project in Nevada, US from ioneer for $490m.

The Rhyolite Ridge lithium-boron project is underpinned by a binding lithium offtake supply agreement signed by ioneer with Korea-based EcoPro Innovation. The three-year agreement is for the supply of a total of 7,000 tonnes per year (tpa) of lithium carbonate.

Sibanye-Stillwater CEO Neal Froneman said: “We are excited to build a long-term relationship with ioneer, who share our vision of facilitating security of lithium supply to the North American markets. Rhyolite Ridge is a world-class lithium project and we recognize its strategic value, with the potential to become the largest lithium mine in the US.

“We look forward to working collaboratively with the ioneer team and leveraging our complementary skills and capabilities to ensure this strategically important, world-class project is delivered, and materially contributes to reducing climate change.”

Ioneer’s capital estimate for the Rhyolite Ridge lithium-boron project is $785m. An additional $74m capital will be needed for constructing a lithium hydroxide unit in the third year of production.

The Australian firm will continue to be the operator of the project and will be responsible for its development and subsequent operation.

As per the terms of the agreement, Sibanye-Stillwater will also have an option to take part in 50% of the North Basin, which is contiguous with ioneer’s claims in the area, but separate from the Rhyolite Ridge project.

Sibanye-Stillwater’s participation in the North Basin will be subject to its contribution of up to an additional $50m along with certain terms and conditions.

Additionally, ioneer has forged a subscription agreement with Sibanye-Stillwater for a strategic placement of $70m of its ordinary shares.

Ioneer executive chairman James Calaway said: “Sibanye-Stillwater, with its proven track record of developing and operating major mining projects including operations in the United States, its commitment to developing and maintaining an inclusive and sustainable culture, and its determination to become a major force in the battery materials supply chain, is an excellent partner for ioneer to jointly realise the promise of Rhyolite Ridge.”

The setting up of the joint venture and the funding from Sibanye-Stillwater will be subject to final permits, commitments for remaining debt financing, approvals, and other preceding conditions. Following these, the deal could close during the latter half of 2022.

Rhyolite Ridge marks the second lithium transaction for Sibanye-Stillwater after its acquisition of a 30% stake earlier this year in Finnish lithium company Keliber.

The South African firm had also entered into a partnership with Johnson Matthey in March 2021, which is aimed at securing critical metals and expediting new technologies for a low carbon future.