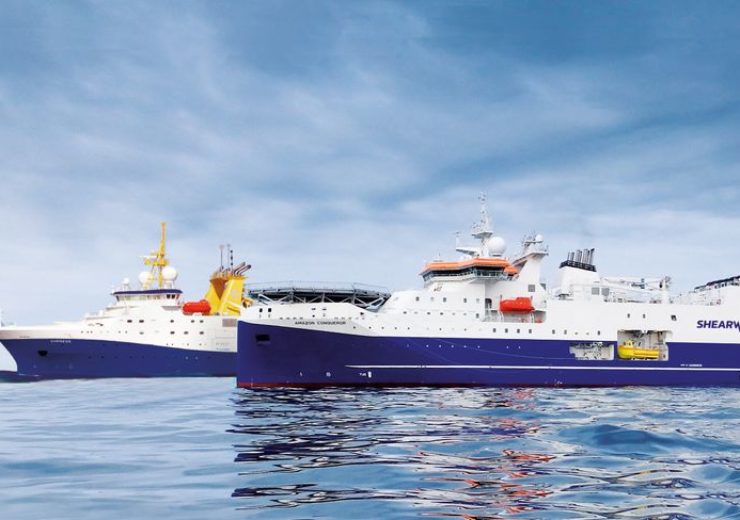 Shearwater GeoServices Holding AS (Shearwater) provided a business update.
Award of project from Oil India including 3D scope of 1,5 month starting in Q3

Award of 6-month project by CGG in Brazil

In-house consolidation of ship management and renaming of Polar vessels

Today Shearwater announced two project awards. The first, for Oil India Limited, ensuring the company’s return to India following a successful execution of this year’s season. The second, a major Brazil project by CGG under the governing long-term capacity agreement between the companies.

In March, Shearwater announced its first deep-water OBN award. The project was launched successfully in the second quarter, breaking the cost curve by implementing an industry leading wide-tow triple string and triple source configuration. Shearwater has through this project further demonstrated its strategic positioning in the deep-water OBN market.

The utilisation numbers for the first half of the year have remained strong resulting from a solid backlog at the start of the year and effective COVID-19 management throughout our global operation.

Shearwater CEO Irene Waage Basili commented, “I am pleased to announce these achievements for Shearwater particularly given the difficult market backdrop for our industry. Although we have been successful in securing more than our fair share of new business going into the second half of the year, the total market has been drastically reduced in the short term. Securing sensible backlog in the short term while taking strategic positions in forward looking markets is absolutely key in this environment.

We will remain a long-term partner to our customers focused on providing better data, safely, more efficiently, at the right cost with minimal impact on the environment while we look ahead to identify the opportunities which will come as markets return to a new normal,” Waage Basili continued.

The International Energy Agency (IEA) considers extensive Carbon Capture and Storage (CCS) a requirement for reaching the UN’s climate goals by capturing and storing CO2 permanently underground, instead of releasing CO2 to the atmosphere. Marine geophysics is well established as an important monitoring tool for carbon sequestration. In the second quarter Shearwater completed its first CO2 sequestration monitoring survey, at the Sleipner CO2 storage project.

The marine geophysical industry has been severely impacted by the combination of the global economic and health crisis. The second quarter was particularly affected by logistical challenges related to crew changes caused by COVID-19 and global travel restrictions, while the third quarter will be impacted by a substantial reduction in customer’s investment levels.

Shearwater maintains a close dialogue with its customers, both to manage the safe execution of ongoing projects and with regards to the rapidly evolving economic landscape.

Following an initial period of uncertainty in the dual crisis, Shearwater now has line of sight for the period ahead as customers reduce spending.

The flexibility inherent in Shearwater’s business model has already given significant savings with limited impact on the permanent workforce.

“Our flexible model is by design and I am pleased to see it has passed the test of responding to abrupt change in market conditions. It can equally be applied on short notice when the markets justify a scaling up of the fleet”, says Basili.

Additional measures have been taken to reduce costs in line with the reduction of activity in the market, ensuring that Shearwater maintains its cost leading position in the industry.

While adjusting to lower market activity, Shearwater will not compromise on delivering high quality services, advancing its technology offering and securing critical competence.

In the first half, Shearwater consolidated its ship management in-house to fully realise scale efficiencies. As part of this process, all four “Polar” vessels will be renamed with the prefix “SW”.

“We maintain manoeuvrability in a slower market where our presence across all segments from ocean bottom to 4D surveys, from processing and imaging to software, positions us to navigate through the downturn,” said Waage Basili. “Our long-term ambitions are unchanged, and while in the short-term we are buffeted by increased uncertainty, we will take the required actions to emerge on the other side as a stronger company.”