Sempra Energy said that two of its subsidiaries have secured full export capacity of the first phase of the Energia Costa Azul liquefied natural gas project (ECA LNG project) in the Mexican state of Baja California. 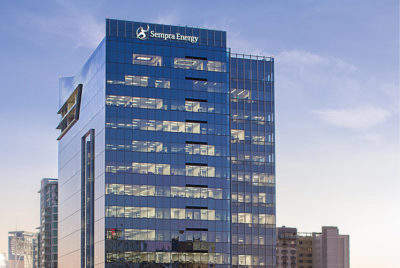 The subsidiaries – Infraestructura Energetica Nova (IEnova) and Sempra LNG & Midstream, in this connection, have signed three Heads of Agreements (HOAs) with affiliates of Total, Mitsui & Co and Tokyo Gas, which will buy a total of around 2.4 million tonnes per annum (Mtpa) of LNG from Phase 1 of the ECA LNG project.

LNG from the new LNG export project will come from ECA LNG Phase 1, a single-train liquefaction facility to be built near an existing LNG receipt terminal, about 24km north of Ensenada. The ECA LNG receipt terminal, located along the west coast of Mexico, has been in operations in 2008 and is capable of processing up to a billion cubic feet of natural gas per day.

The ECA LNG project, which will liquefy natural gas procured from the US to produce LNG, is estimated to have a production of up to 14Mtpa in the future.

The three HOAs for the ECA LNG project phase 1 are set to see Total, Mitsui and Tokyo Gas negotiate and finalize definitive LNG sales-and-purchase agreements for a period of 20 years.

The three firms will each potentially buy nearly 0.8Mtpa of LNG from the Mexican LNG export facility.

Sempra Energy expects to make a final investment decision on the ECA LNG project in late 2019 with first LNG deliveries targeted for 2023. In June, TechnipFMC and Kiewit were appointed as the engineering, procurement, construction and commissioning (EPC) contractor for the ECA LNG project, which will be subject to signing a definitive agreement on the EPC contract.