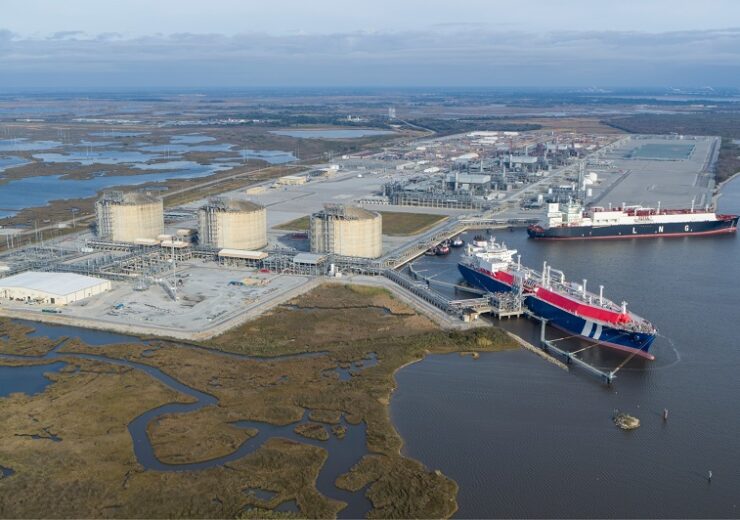 Sempra Infrastructure has entered into a heads of agreement (HOA) with affiliates of TotalEnergies, Mitsui & Co., and Japan LNG Investment for developing the Cameron LNG phase 2 export project in Louisiana.

A commercial framework has been provided by the preliminary non-binding arrangement for expanding the Cameron LNG facility with a fourth liquefied natural gas (LNG) train. The partners will also aim to ramp up the production capacity of the three operating LNG trains by taking up debottlenecking activities.

Located in Hackberry and built with an investment of $10bn, the Cameron LNG export facility achieved full commercial operations in August 2020.

Currently, the three liquefaction trains have an estimated export capacity of around 12 million tonnes per annum (Mtpa) or nearly 1.7 billion cubic feet per day of LNG. The fourth train under the proposed phase 2 project will have a maximum production capacity of 6.75Mtpa.

“Today’s announcement represents the shared focus of the Cameron LNG partners to increase the supply of cleaner U.S. natural gas to global markets, while also facilitating the energy security of our allies.”

The Cameron LNG phase 2 export project is likely to incorporate some design enhancements to make it a more cost-effective and efficient facility, while bringing down the overall emissions of greenhouse gases.

Under the HOA, a stake of 50.2% is considered to be allocated to Sempra Infrastructure in the projected fourth train production capacity. The Sempra subsidiary could also get 25% of the projected debottlenecking capacity under tolling agreements, with the remaining capacity to be equally allocated to the existing customers of Cameron LNG phase 1.

Sempra Infrastructure said that before taking a final investment decision on phase 2, it intends to sell the LNG corresponding to its capacity under long-term sale and purchase agreements.

The company said that two front end engineering design (FEED) contracts have been awarded to Bechtel Energy and a joint venture between JGC America and Zachry Industrial for the Cameron LNG phase 2 export project. After the conclusion of the competitive FEED process, one of them is expected to be awarded the engineering, procurement and construction (EPC) contract for the phase 2 project.

Separately, Sempra Infrastructure has signed a memorandum of understanding (MOU) with Korea Gas Corporation (KOGAS) to explore opportunities to work together in the global energy transition to lower-carbon and zero-carbon fuels.

The MOU seeks joint collaboration focused on project development and offtake in various business areas such as LNG, hydrogen infrastructure, and carbon capture and sequestration.