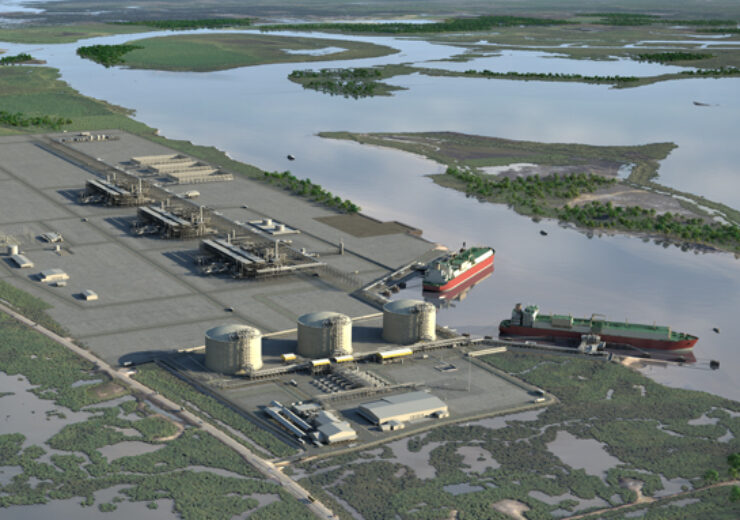 A rendering of the Cameron LNG export project in the US. (Credit: Sempra Energy)

Sempra Energy has started LNG production from the third and final train of Phase 1 of the $10bn Cameron LNG export project in Louisiana, US.

The Cameron LNG phase one project, which lies along the Calcasieu Channel in Hackberry, Louisiana, includes three trains with an estimated export capacity of 12 million tonnes per annum (Mtpa) of LNG, or approximately 1.7 billion cubic feet per day (bcf/d).

“We look forward to the completion of this world-class LNG facility that will be an outlet for exporting abundant U.S. natural gas to world markets.”

A joint venture (JV) comprising McDermott International and Chiyoda has provided the engineering, procurement and construction of phase 1 of the Cameron LNG project, under a contract worth around $6bn signed in 2014.

Sempra is the majority owner in the LNG project with a 50.2% interest. Partners in the project include affiliates of Total (16.6%), Mitsui & Co (16.6%), and Japan LNG Investment (16.6%), which is jointly owned by Mitsubishi and Nippon Yusen Kabushiki Kaisha (NYK).

The second train of the project began commercial operations in March 2020, while the first train entered service in August 2019.

Sempra LNG recently said that 58 cargoes of LNG have already been shipped from the liquefaction-export project.

The project sources natural gas through a new 34km-long pipeline expansion on the Cameron Interstate Pipeline system that interconnects with the Florida Gas transmission (FGT) and Trunkline gas pipelines.