Sembcorp has agreed to install, own and operate rooftop solar panels on top of two Singapore facilities. 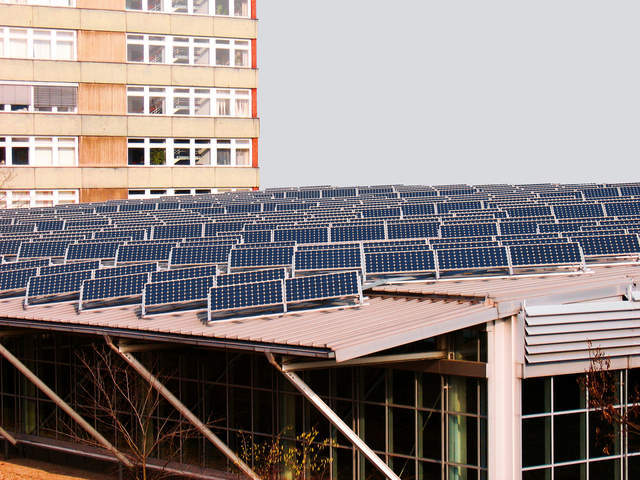 This rooftop solar farm will be one of Singapore’s largest, with a total capacity of 6.2MW peak. It is expected to produce around 7,435MWh of power annually, or enough to power more than 1,500 four-room HDB flats for a year. This renewable energy project will also help avoid over 3 million kilograms of carbon dioxide emissions a year, equivalent to the emissions avoided by taking close to 680 cars off the road.

The solar farm will help power the on-site operations of the customer at the two locations, with surplus power channelled to the grid. One of the two locations, located in the Tuas area, will also be the largest solar installation on a single rooftop in Singapore to date, with more than 12,700 solar panels amounting to over 4.7MW peak.

Sembcorp group president and CEO Neil McGregor said: “We are very pleased to sign this 25-year deal and welcome another new client for our solar power solutions that help companies save money and cut their carbon footprint. With this newest project, Sembcorp now has over 115MW peak of solar power assets in operation and under development.

“As we grow our solar portfolio here, Sembcorp is actively supporting Singapore in its goal of achieving 350MW peak of solar power capacity by 2020.”

This new project is in line with Sembcorp’s strong commitment to sustainability. As a respected, established power generator and retailer with over 15 years’ track record in the Singapore power sector, Sembcorp also unveiled a range of affordable power plans for residential customers yesterday. These plans have green attributes blended in, which means customers will not only save money by choosing Sembcorp as their power supplier, but will also do their part for the environment.

By simply signing up with Sembcorp as its power supplier, a Singapore household can avoid over 500 kilograms of carbon dioxide emissions over a two-year period.

Globally, Sembcorp now has 2,600 megawatts of wind and solar power projects across Singapore, China and India. Earlier this year the company unveiled its new Climate Change Strategy and outlined ambitious targets to double its renewables portfolio and reduce its carbon emission intensity by around 25% by 2022.

In Singapore alone, Sembcorp is one of the largest solar power players in the market, with over 115MW peak of solar power assets over more than 1,200 sites. The company’s rooftop solar projects here are located on top of public housing blocks, commercial and industrial premises, as well as government sites.

The signing of this agreement is not expected to have a material impact on the earnings per share and net asset value per share of Sembcorp Industries for the financial year ending December 31, 2018.