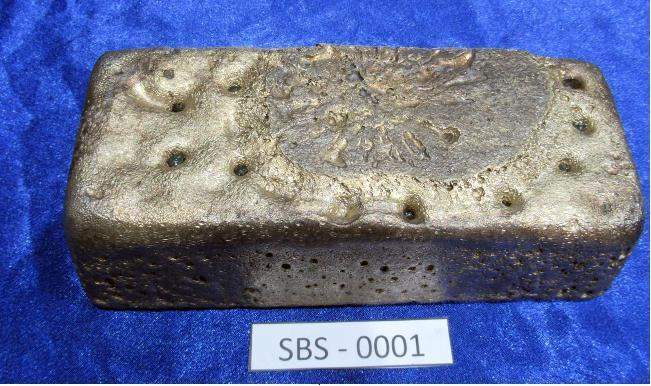 Image: First gold bar from the Boungou mine in Burkina Faso. Photo: courtesy of SEMAFO.

The company said that it has also completed the dry and wet commissioning of the Boungou processing plant, whose construction was completed in mid-May.

Semafo claimed that the vertimill and SAG mill are working as per their designs and have reached the designed hourly throughput and grind size.

The Canadian miner expects commercial production at the Boungou gold mine to begin from August.

It revealed that by the end of last month, 17.2 million of the estimated 18 million tonnes of pre-strip had been completed at the mine. Further, about 172,000 tonnes of ore had been stockpiled for future processing, to go along with the company’s expectations.

Semafo President and CEO Benoit Desormeaux said: “The first gold pour at Boungou marks an important milestone in SEMAFO’s growth trajectory as it signals the beginning of a significant increase in production and cash flow.

“This achievement reflects a true team effort that involved the hard work and commitment of our in-house construction team and external contractors, combined with the strong support of our local communities. This major milestone was achieved while maintaining an exceptional safety record of 5.5 million hours without lost-time injury.”

Located in the Est region and contained in the within the Diapaga Greenstone Belt in southeastern Burkina Faso, Boungou is said to be a high-grade gold deposit, which is expected to have a mining life of more than eight years.

Semafo, which will employ an open pit mining method, aims to see an average production of more than 204,000oz during the five-year period from 2019 to 2023.

The Canadian miner is focused on gold production and exploration activities in West Africa. Apart from the Boungou mine, it also operates the Mana Mine in Burkina Faso, which includes the satellite deposit of Siou.