SBM Offshore will lease the FPSO Mero 2 to Brazil's Petrobras for deployment at Mero field, for 22.5-year period 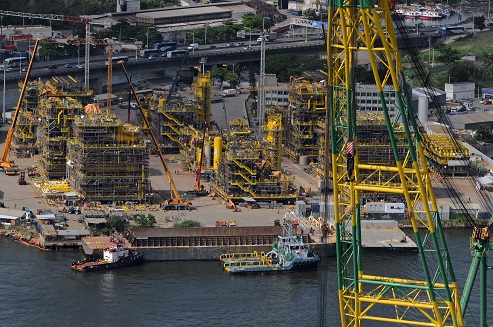 Dutch constructor SBM Offshore had signed a letter of intent (LOI) with Brazil’s Petrobras to lease and operate floating production storage and offloading (FPSO) Mero 2 in the Mero field, off the coast of Rio de Janeiro, Brazil.

The Mero field is located in Libra block, which is under a production sharing agreement to a consortium comprised of Petrobras with 40% stake, Shell with 20% interest, Total with 20% stake, CNODC with 10% stake and CNOOC with 10% interest.

As per the LOI, FPSO Mero 2 will be deployed at the Mero field in the Santos Basin offshore Brazil, 180km offshore Rio de Janeiro for 22.5-year period.

FPSO Mero 2 will be deployed at Mero field offshore Brazil

The FPSO will also have gas treatment capacity of 12 million standard cubic meters per day and a minimum storage capacity of 1.4 million barrels of crude oil.

SBM Offshore CEO Bruno Chabas said: “Not only does this award represent the Company’s re-entry in Brazil, one of the most important markets for the Company with one of our key customers, it also re-confirms the competitiveness of our Fast4WardTM concept while expanding its geographical reach.”

Planned to be spread moored in approximately 2,000m water depth, the FPSO will feature topside modules which will weigh around 33,000 tons.

“The FPSO Mero 2 represents a new generation of complex pre-salt FPSOs and as such is extending our significant experience base and track record in country.”