Saudi Aramco to acquire 17% stake in Hyundai Oilbank for $1.2bn

The Saudi Arabian Oil Company (Saudi Aramco) has signed an agreement to acquire a 17% stake in South Korean refining company Hyundai Oilbank from Hyundai Heavy Industries for around $1.25bn. 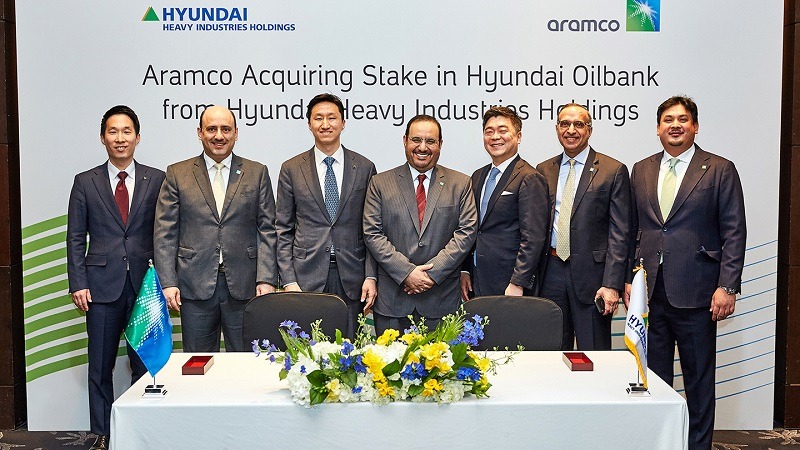 The investment in Hyundai Oilbank by the oil giant will be made through its subsidiary Aramco Overseas Company (AOC). It is expected to support the crude oil placement strategy of Saudi Aramco by giving a dedicated outlet for Arabian crude oil to South Korea.

The parties have been working towards the deal for quite some time. In late January, Saudi Aramco signed a pre-IPO investment agreement with HHI with its proposed investment valuing Hyundai Oilbank at around $8.95bn.

At that time, it was announced that the oil giant planned to acquire a stake of up to 19.9% for about $1.6bn.

Established in 1964, the South Korean refining company has a refining capacity of 650,000 barrels of oil a day. The company is engaged in oil refining, base oil, petrochemicals and retailing.

Hyundai Oilbank exports petroleum all over the world and operates close to 2,400 gas stations and charging stations in South Korea.

The South Korean refining company also has a commercial tank terminal business called Hyundai Oil Terminal, which has a storage capacity of up to 280,000kl of petroleum/petrochemistry products.

The Daesan Plant located in Seosan, Chungcheongnamdo serves as the headquarters of Hyundai Oilbank. The plant is equipped with oil refining facilities, which have a daily capacity of 561,000 barrels, and also has heavy oil cracking facilities on the 3.3M square meters of land.

Saudi Aramco downstream senior vice president Abdulaziz Al-Judaimi said: “Saudi Aramco continues to strengthen its position in the downstream sector. This acquisition demonstrates our investment in the highly complex refining sector in Asia, and continuous commitment to the region’s energy security and development.