Saudi Aramco has signed a land lease agreement with McDermott Arabia, a wholly-owned subsidiary of McDermott International, to build a fabrication facility in Saudi Arabia. 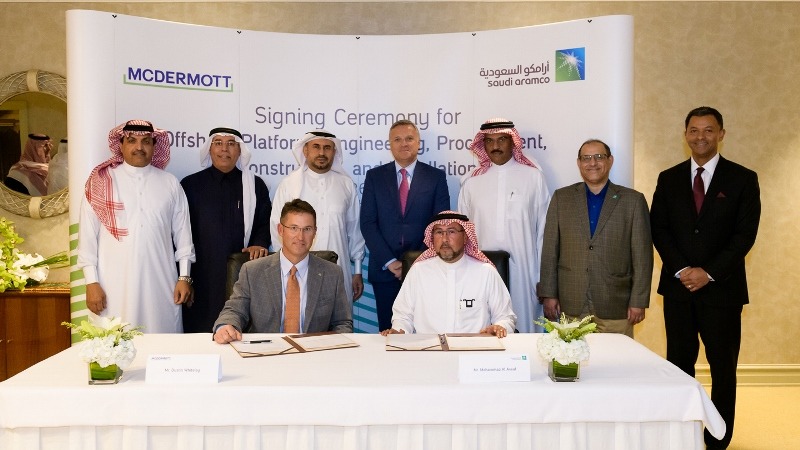 Saudi Aramco said that the agreement follows a Memorandum of Understanding (MoU) it signed with McDermott for the new fabrication facility would be located within the King Salman International Complex for Maritime Industries in Ras Al-Khair, Saudi Arabia.

The new facility is expected to be used for large scale fabrication of offshore platforms and onshore/offshore modules.

Saudi Aramco new business development vice president Mohammad Al Assaf said: “Having this facility with International Maritime Industries (IMI) in the King Salman International Complex for Maritime Industries offers an integrated portfolio of maritime products and services. The localization of these capabilities will contribute to diversifying the economy, create almost 7000 jobs, and achieve a target of 60% Saudization by 2030.”

McDermott is establishing a new marine base in the Eastern Province to support installation of offshore platforms, subsea pipelines and cables, skids, and associated structures and assemblies.

As part of its plans to enhance project execution capabilities in Saudi Arabia, the company will also expand its in-country engineering and procurement offices.

The company is planning to build the new Ras Al Khair facility near the Jubail Industrial City on the east coast of the country, on an approximately 1,150,000m2 area site, using advanced technologies to ensure standards in safety, quality and efficiency. The facility is expected to start operations by 2022.

Saudi Aramco technical services senior vice president Ahmad Al Sa’adi said: “This facility will serve as a major Engineering, Procurement, Construction, and Installation (EPCI) hub for not only the Kingdom, but for the GCC region.”

The facility is designed to have a throughput capacity in excess of 60,000metric tons per year and would localize expertise in multiple disciplines related to the industry, apart from creating a significant number of direct and indirect job opportunities in the Kingdom.

McDermott Middle East and North Africa senior vice president Linh Austin said: “We will establish a world class fabrication facility that enables us to better serve the needs of Saudi Aramco and other customers in Saudi Arabia and across the region.”