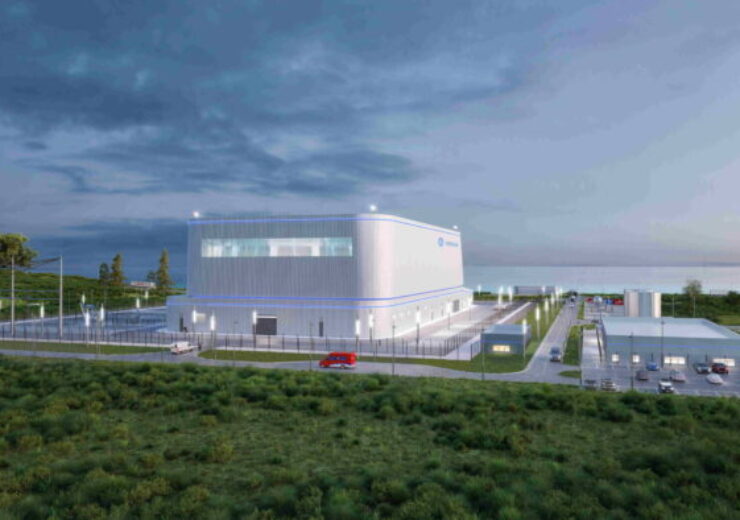 The GE Hitachi Nuclear Energy (GEH) BWRX-300 small modular reactor (SMR) has been selected by SaskPower for potential deployment in the mid-2030s.

“We are excited that SaskPower has chosen the BWRX-300 for the generation of carbon-free electricity,” said Jay Wileman, President & CEO, GEH. “The BWRX-300 is the ideal SMR technology solution for SaskPower and customers that want to make an impact on climate change and energy security in a meaningful timeframe. There is the potential for great synergy between the work we plan to do with SaskPower and the ongoing work with Ontario Power Generation (OPG). OPG is expected to submit a construction license application this year, a major step toward the deployment of the first BWRX-300. Decades of design and licensing experience coupled with our proven and existing fuel supply chain make BWRX-300 the leading SMR solution.”

“This is an important milestone as Saskatchewan works towards a cleaner, more sustainable future,” said Don Morgan, Minister responsible for SaskPower. “Conducting an independent and comprehensive evaluation while also collaborating with the other provinces on the SMR Strategic Direction has been extremely valuable in reaching this important milestone to potentially bring nuclear power to Saskatchewan.”

In December 2021, GEH was chosen by Ontario Power Generation (OPG) as technology partner for the Darlington New Nuclear Project. GEH is working with OPG to deploy a BWRX-300 at the Darlington site that could be complete as early as 2028.

In July 2021, GEH and Cameco Corporation announced a collaboration through which the companies would explore areas of cooperation to advance the commercialization of the BWRX-300. In May 2022, GEH SMR Canada and the Saskatchewan Industrial and Mining Supplier’s Association (SIMSA) agreed to cooperate to support the potential deployment of the BWRX-300 in Saskatchewan.

Advanced nuclear technologies like the BWRX-300 are a key pillar of GE’s energy transition leadership. The BWRX-300 produces no carbon during operation and has been designed to achieve construction and operating costs that are substantially lower than traditional nuclear power generation technologies. Specifically, the BWRX-300 leverages a unique combination of a new, patented safety breakthrough, proven components, the licensing basis of the U.S. NRC-certified ESBWR and the existing, licensed GNF2 fuel design. This unique combination positions GEH to deliver an innovative, carbon-free baseload power generation source this decade.

GE’s support for the Canadian nuclear industry dates to the early 1950s. The company helped build the first Canadian nuclear power plant, the Nuclear Power Demonstration (NPD) reactor that became the basis for the CANDU fleet.

There is significant and growing global interest in the BWRX-300. In addition to Canada, GEH has memoranda of understanding or other agreements in place with companies in the U.S., Poland, Sweden, Estonia and the Czech Republic, among others, to explore deployment of the technology.