Mainstream Renewable Power (MRP) announced that its Sarco Wind Farm project has started feeding energy into the National Electric System to increase the percentage of renewable energy within the Chilean energy matrix. 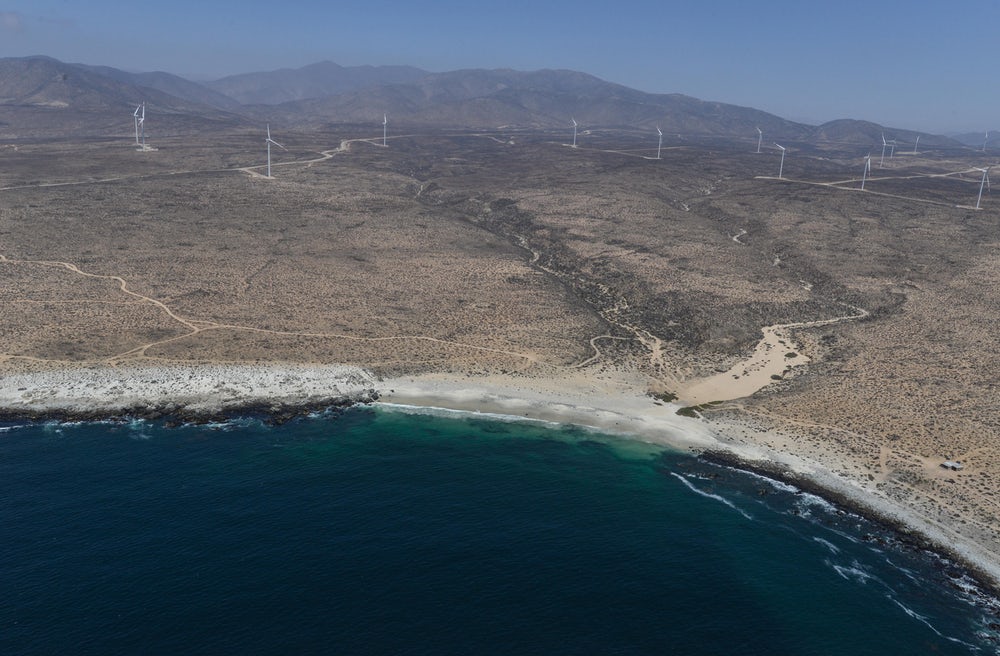 The Sarco Wind Farm was developed and commissioned by MRP and is owned by Aela Energía a joint venture between Mainstream and Actis, a global market investor.

Located 60 km to the southeast of the northern city of Vallenar, Chile, the wind farm’s first wind turbines has started operations.

The wind farm features 50 of Senvion’s 3.4MW wind turbines to generate a total capacity of 170 MW, where each of the turbines has a blade diameter of 114m, with a hub height of 93m.

The energy generated by the turbines is transported to the Maitencillo substation, where it will be injected into the National Electric System (SEN).

Mainstream Chile technical director Diego Cornejo said: “We are very proud of all the work that our team has done to achieve this important milestone.

“This involved many hours of engineering and construction work over the last few months in order to ensure that the project could safely inject clean energy into the National Energy System and help Chile to achieve its goal of a 100% renewable energy matrix.”

To support the transportation of energy to the SEN, MRP completed the installation of a 71km transmission line in February 2019.

The Sarco wind farm, which involves an investment of $240m, is capable of supplying enough clean electricity to power nearly 270,000 Chilean homes.

In August 2018, MRP announced the completion of the first turbine installation at the 129MW Aurora wind farm in Chile.

The wind farm is located about 15 km from Llanquihue in the Los Lagos region in Southern Chile and it will include a total of 43 turbines. It is owned by Aela Energia. MRP is responsible for the development of the wind farm.

Senvion is the turbine supplier for the wind farm. Each of the turbine will have the capacity to generate 3MW.