Santos said that the Ensign 965 rig has commenced operations in the Cooper Basin in Australia in a move to draw more natural gas to deliver to the east coast domestic market. 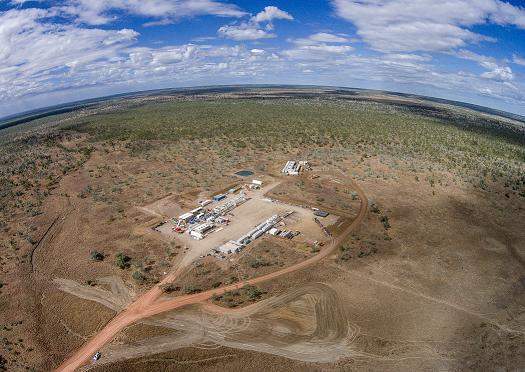 Ensign 965, which is now the fourth rig that has been deployed by Santos in the Cooper Basin, will drill eight wells by the year end. It has started drilling activity in the Big Lake field with four deviated wells planned to be drilled from a multi-well pad.

After completion of the work at the Big Lake field, Ensign 965 will be moved to Moomba South to drill four appraisal wells.

With the addition of the fourth rig, Santos said that it will be able to drill nearly 90 wells in the Cooper Basin this year, which is the most number of wells that have been drilled in a single year since 2014.

Santos managing director and CEO Kevin Gallagher said: “As Santos has become Australia’s lowest cost onshore natural gas developer, reducing development well costs by more than 40 per cent in the Cooper since 2015, we now have the right cost base to invest in making the most of the vast discovered resource base of Cooper Basin natural gas.”

“Santos is breathing new life into the Cooper Basin which has been producing for more than 50 years and could still have its best years in front of it as we learn more about new geological plays and as drilling and production technology advances.”

Located primarily in the southwest part of Queensland and extending into South Australia, the Cooper Basin has close to 150 gas fields and 90 oil fields, currently in production.

Put together, the fields contain about 700 producing gas wells and over 360 producing oil wells. The wells supply gas to production facilities at Moomba in South Australia and Ballera in Queensland.

Last week, Santos announced a gas discovery in the onshore Forelands region of Papua New Guinea (PNG) after the drilling of the Barikewa-3 well, which intersected 25m of net gas pay within the Toro and Hedinia reservoir objectives.