Sandbar Solar, a Northern California solar developer and contractor has unveiled a new microgrid to power their newly constructed corporate headquarters in the middle of the city of Santa Cruz, one of the few projects of its kind in the US. 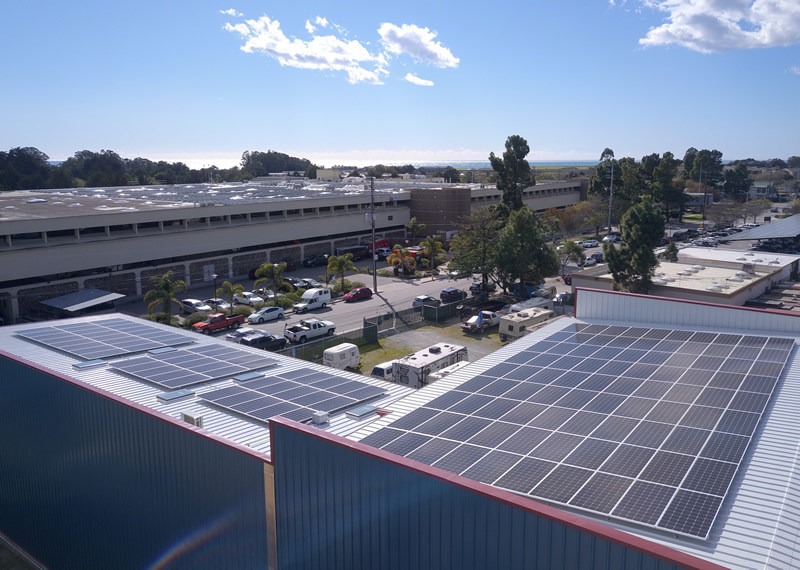 The islanded off-grid electricity system, which was modeled using HOMER Pro, is designed to serve the solar installer’s complete electricity needs, providing power to an 11,500 square foot warehouse and office.

Using HOMER Pro modeling, Ageto Energy was able to determine the optimal generator size and produce HOMER Pro reports to demonstrate to city officials during the design phase that the generator would only need to run 200-300 hours per year, specifically during prolonged periods of cloudy winter weather. The city of Santa Cruz had concerns about resiliency and safety, and didn’t want the generator to be the primary power source for the facility. Most importantly, the HOMER Pro modeling assured project owners that the combination of PV and batteries could produce enough power for the building most of the time.

It’s unusual to invest in an off-grid system right in the middle of a city; at Sandbar Solar, there’s a PG&E utility pole right across the street, barely fifty feet from the company’s new building. But, Sandbar Solar owner Scott Laskey knew, when he decided to buy undeveloped land and build a new office and warehouse, that electricity from the utility, PG&E, would be costly. PG&E recommended that Laskey budget $75,000 to establish new electrical service, and warned him that it could take eighteen months or more to get connected, despite the nearby distribution line. When Laskey heard about the terms, he wondered if he should go off the grid entirely.

“I decided to calculate what it would cost,” says Laskey. “It turned out that over a twenty-year period the microgrid was about the same as utility power. But my utility estimate didn’t include the $75,000 interconnection study, or the carrying costs for every month that I was waiting to get connected to the grid,” he adds. Finally he recommended to the his staff, “Let’s plan to build an islanded microgrid so we don’t have to depend on PG&E.”

There were a few important factors that made the Sandbar Solar microgrid affordable. As a renewable energy developer experienced in off-grid projects, Sandbar was able to manage the technical aspects of the microgrid installation itself. The company also needed to consider financial and operational risks that typically accompany off-grid power and storage projects. One key consideration was the decision to use Avalon flow batteries. Avalon’s agreement to lease the electrolyte solution within the batteries – which can make up to 40% of the total cost – was key. Also, because of their unique chemistry, vanadium flow batteries are ideally suited to the Sandbar Solar microgrid challenge. They can handle daily charge/discharge cycles at 100% depth of discharge for over thirty years, while maintaining 100% of their energy storage capability, unlike other batteries that degrade over time.

The second factor that made the Sandbar Solar microgrid financially and operationally feasible was the Ageto Renewable Controller, capable of integrating conventional and renewable power into a cohesive, high-performance local power system. “We have simplified the interface, both to lower the cost and improve usability for our customers,” says Ageto Energy co-founder Mike Murray. “We’ve developed software drivers to integrate many energy resources quickly; these can work effectively in multiple types of off-grid and grid-connected projects, and we use off-the-shelf hardware to ensure system reliability.”

Since November 2018, Sandbar’s facility has been up and running totally independent of the grid, with minimal use of the generators. Because it’s a microgrid pioneer in Santa Cruz, Sandbar Solar is working closely with the city to provide data on how the microgrid is working, and help define guidelines for new microgrid developers.