Expected to begin production in 2023, the Sangomar field is likely to see a total investment of more than $5bn 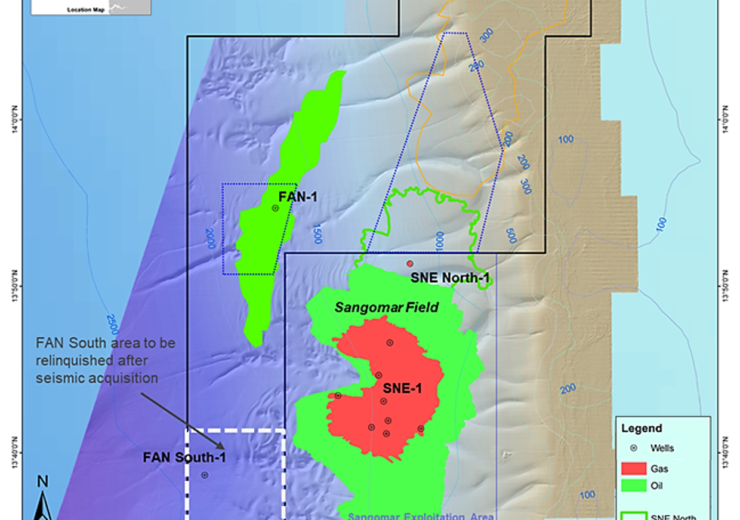 The signing of the FID was done at an official ceremony in agreement with Petrosen and the Senegalese government, said Cairn Energy, which holds 40% stake in the RSSD joint venture.

Last week, the partners received the 25-year exploitation authorisation for the offshore Senegalese field from the government, which paved way for the FID.

In the phase 1 development, the RSSD joint venture is aiming to exploit an estimated 231 mmbbls (gross) in 2P recoverable oil reserves from the Sangomar field. To facilitate this, there will be a stand-alone floating production storage and offloading (FPSO) facility with 23 subsea wells and supporting subsea infrastructure.

The FPSO, which will have a production capacity of 100,000 barrels per day (bbl/day), will be delivered by MODEC.

The contract for the subsea production systems, subsea umbilicals, risers, and flowlines was awarded to the Subsea Integration Alliance formed between Subsea 7 and OneSubsea.

According to Cairn Energy, the total recoverable oil resources, over the life of the field, are projected to be around 500 mmbbls. The partners are also planning to enable gas export to shore as part of the project.

The Sangomar field, which was previously known as SNE field, was discovered in 2014. Expected to begin production in 2023, the Senegalese oil field is likely to see a total investment of more than $5bn.

“Senegal is now an attractive oil and gas province, drawing the attention of the global industry.”

The RSSD joint venture had drilled 11 exploration and appraisal wells from 2014 to 2017 as part of a three-phase drilling campaign. Till date, the partners are said to have invested more than $1bn in Senegal as part of the project, said Cairn Energy.

Woodside (35%) is the operator in the RSSD joint venture, while FAR and Petrosen hold stakes of 15% and 10%, respectively.

FAR to sell stake in $4.2bn RSSD project in Senegal to ONGC Videsh