Utilities, conversion circuit, crystallisers, flotation circuits, and dryer of the Australian SOP project are expected to be commissioned shortly 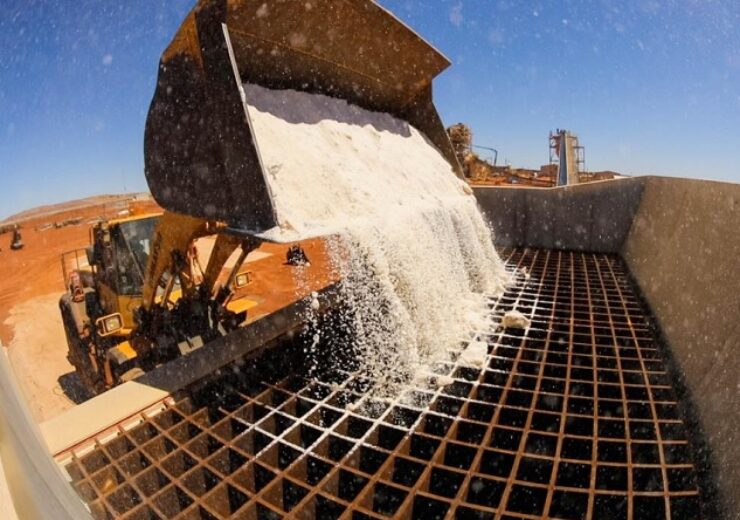 Australian mineral exploration company Salt Lake Potash (SO4) announced that it has started commissioning the process plant at its Lake Way potash project in Western Australia.

The potash project is situated in the Northern Goldfields Region, one of the nine regions of Western Australia.

According to the company, potassium rich harvest salts, which were precipitated from lake aquifer brine, have been fed into the sulphate of potash (SOP) plant located near Wiluna.

Salt Lake Potash expects to commission the utilities, conversion circuit, crystallisers, flotation circuits, and dryer during the coming weeks. These will be done prior to the full load commissioning and production of sulphate of potash in the June quarter.

The company will be helped by consultants from the plant designer, Wood Group, and also vendors Veolia and Broadbent, and others during the commissioning process.

Salt Lake Potash CEO Tony Swiericzuk said: “Commencing commissioning of Australia’s first Sulphate of Potash processing plant is a major milestone for SO4 and testament to the hard work of our owners’ team and GR Engineering Services.

“It is exciting to see the vision that was first conceived in late 2018 come to fruition less than two and a half years later. First SOP sales and revenue are now well within sight.”

Furthermore, the company announced that the gas supply lines and delivery station for the 10MW power station have been commissioned fully.

The power-on is slated for late April for supporting final commissioning programmes and the start of production, said Salt Lake Potash.