Two projects include Grevenbroich wind farm in North Rhine-Westphalia and the Bartelsdorf 2 project in Lower Saxony, with total capacity of more than 45MW 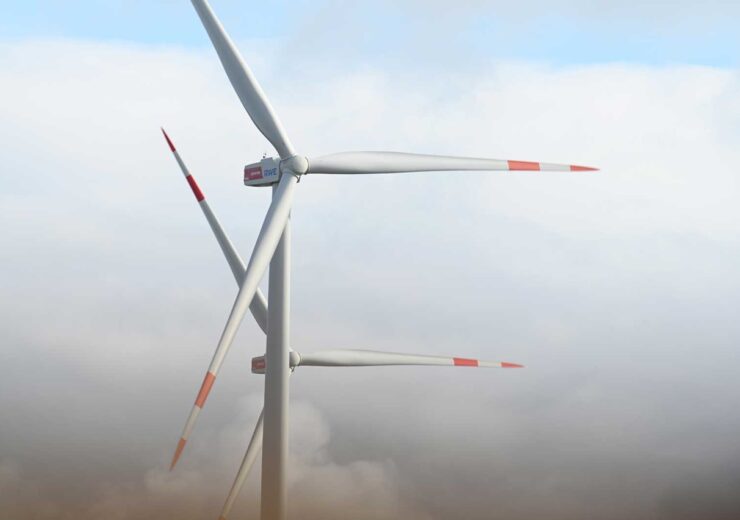 RWE has been awarded two onshore wind projects, with a capacity of more than 45MW, in the latest auction conducted by Germany’s Federal Network Agency.

The two onshore assets include Grevenbroich wind farm in North Rhine-Westphalia and the Bartelsdorf 2 project in Lower Saxony.

The new projects are expected to enable RWE to advance its plans to expand renewables capacity in the country.

The company is investing around €60m into three new onshore projects, including Sandbostel-Bevern in addition to Grevenbroich and Bartelsdorf 2, this year.

RWE Renewables Europe and Australia onshore wind and solar CEO Katja Wünschel said: “It will take a huge effort if Germany is to draw almost all of its electricity from renewable energy by 2035.

“This shows how important it is to accelerate the expansion of renewable energy. RWE wants to contribute to this, especially in its home market of Germany, and implement every project that is possible.

“The wind farms in North Rhine-Westphalia and Lower Saxony are good examples of this. By the end of the decade, we plan to invest up to 15: billion euros gross in our green core business here in Germany.”

For the Grevenbroich project, RWE will build three Nordex units, which will account for 5.7MW each, in the Rhenish mining region.

With a total installed capacity of 17.1MW, construction of the project is scheduled to begin as early as the second quarter of 2022, and would be operational by the end of this year.

The company is expected to add five Nordex turbines to its existing wind farm Bartelsdorf, which is located in the rural district of Rotenburg (Wümme), between Hamburg and Bremen.

Construction at the project, which will bring the project’s total wind turbines to 21 and add new capacity of 28.5MW, is anticipated to begin in summer this year, and commissioned in 2023.