The German offshore wind farm is expected to be fully operational by the end of the year and generate green electricity to power more than 400,000 households per year 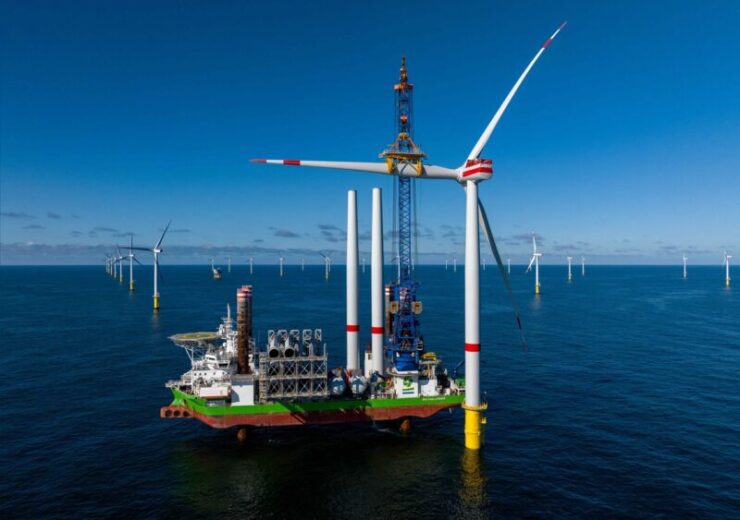 The last turbine has been installed at the Kaskasi offshore wind farm by RWE. (Credit: RWE)

German energy company RWE has completed the installation of the last turbine at its 342MW Kaskasi offshore wind farm located in the German North Sea.

The last turbine was installed 35km north of Heligoland Island.

According to RWE, more than two thirds of the installed 38 SG 8.0-167 DD wind turbines at the German offshore wind farm are supplying green electricity to the grid.

The Kaskasi offshore wind farm is expected to be fully operational by the end of the year and generate green electricity that could power up more than 400,000 households per year.

RWE Renewables wind offshore CEO Sven Utermöhlen said: “Together with our partner companies, our team has persistently pushed ahead with the installation of turbines at our sixth wind farm off the German coast. Since July, a total of 38 wind turbines have been successfully installed off the island of Heligoland.

“This is exactly the kind of determination we need, because faster offshore expansion allows us to achieve our climate targets as well as greater energy sovereignty.”

The German offshore wind farm occupies a total area of around 17.4km2 in water depths in the range of 18m and 25m. It is estimated to have an operational life of a minimum of 25 years.