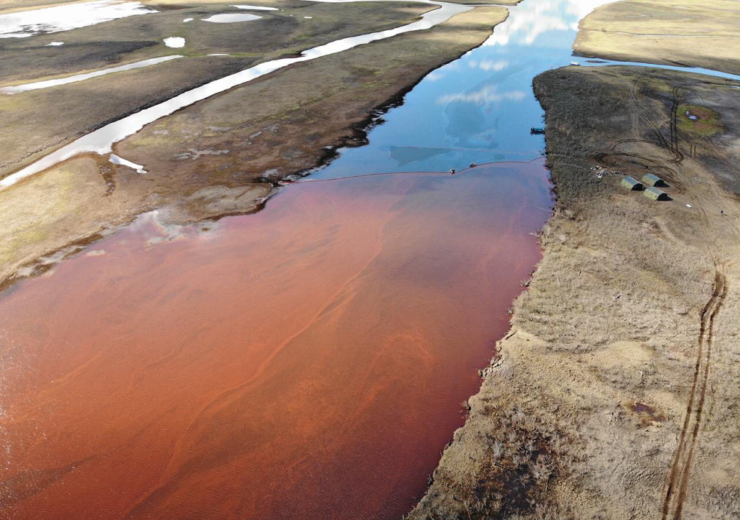 Rusal said it is 'seriously concerned about the events of the past month', following a 'series of ecological disasters and accidents' in the Norilsk region of Russia’s Arctic north (Credit: Greenpeace Russia)

The Moscow-based aluminium producer, which is the second-biggest shareholder of Russian miner Nornickel, said in a statement it is “seriously concerned about the events of the past month”, following a “series of ecological disasters and accidents” in the Norilsk region of Russia’s Arctic north.

The most notable of which saw about 21,000 tonnes of fuel leak from a storage tank at the TPP-3 power plant operated by Norilsk-Taimyr Energy Company (NTEK) – a subsidiary of Nornickel – on 29 May, following a structural failure.

Rusal has demanded that billionaire businessman Vladimir Potanin, Nornickel’s CEO and controlling shareholder, shakes up the management team, relocates the company headquarters to Norilsk, and overhauls corporate policies towards environmental and safety issues.

“What is currently happening at Nornickel invites Rusal to seriously question the competence of the company’s management as well as their suitability to be in charge of running the business,” Rusal said in its statement.

“Another question is aimed at the Board of Directors and their seeming inability to have any influence on the ongoing situation.

“One has to wonder whether they realise that through their collective inertia, this is likely to lead to severe and damaging criticism from the environmental and investment communities.”

What has led to Rusal calling for changes at Norilsk Nickel?

Since the fuel leak in May, Nornickel — which is the world’s biggest producer of palladium and nickel — has been actively involved in the clean-up operations.

As of 6 July, the miner reported that 33,237 cubic metres of contaminated water and 185,102 tonnes of contaminated soil had been removed after diesel leaked into the Ambarnaya and Daldykan rivers near the industrial city of Norilsk.

The fallout from the environmental disaster has sparked conflicting accounts about the causes of the storage-tank leak, as well as the response of Nornickel and regional authorities.

Russian president Vladimir Putin, who publicly expressed frustration with the handling of the incident, was forced to declare a state of emergency in the region to mobilise federal resources towards the clean-up effort.

Rosprirodnadzor, Russia’s environmental watchdog, said the area may take up to 10 years to recover and has slapped Nornickel with a record fine of 148 billion roubles ($2.1bn) — about a third of its net profit for 2019 — as “voluntary compensation” for the damages.

Russia’s ecology minister Dmitry Kobylkin said: “The scale of the damage to Arctic waterways is unprecedented.

“If you recall the Exxon Valdez disaster off the coast of Alaska, the fine for the damage was more than $5bn.”

Nornickel contests the severity of the fine as it dwarfs the 10 billion roubles ($140m) cost of the clean-up estimated by Potanin.

Although several of the miner’s employees face criminal negligence charges over the fuel spill, it has denied claims of negligence.

The firm said the collapse of the tank’s supports was a result of unusually warm weather that softened the permafrost on which the facility is built, disrupting the foundations of a structure that has “served accident-free for more than 30 years”.

Since the incident first occurred in May, shares in Nornickel have fallen by about 20%, according to the Financial Times.

During that time, the company has been dealt a further blow following two more incidents at its operations.

On 12 July, it revealed that 45 tonnes of jet fuel had leaked into the ground from a pipeline in the Taimyr Dolgano-Nenets district of the remote Krasnoyarsk region, which is about 100km north of Norilsk.

Local authorities reported that the fuel was being pumped to a fuel and lubricants warehouse when the spill occurred, but the Kremlin confirmed the accident had been cleaned up in “good time”.

The following day Nornickel dismissed the head of an ore concentrator and two of its top engineers for the dumping of wastewater into a nearby river in June.