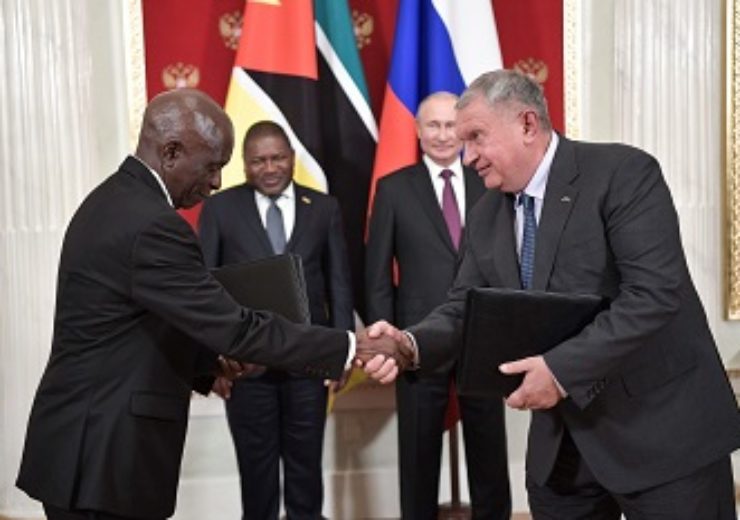 Image: Rosneft INP and ENH expand cooperation in Mozambique. Photo: Courtesy of Press-service of the President of Russia.

In addition, Rosneft has signed a Memorandum on Expansion of cooperation in Mozambique with the National Hydrocarbon Company (Empresa Nacional de Hidrocarbonetos, ENH). The document was signed by Igor Sechin and Chief Executive Officer of ENH Omar Mitha.

The document exchange ceremony was held in the presence of President of the Russian Federation Vladimir Putin and President of Mozambique Filipe Jacinto Nyusi.

Upon the signing, Rosneft will be granted the right to study available geological data on a number of onshore and offshore blocks in Mozambique in order to examine their potential; and the opportunity to enter the projects on those blocks in the future.

Chief Executive Officer of Rosneft Igor Sechin noted: “Mozambique is one of the perspective areas of the Rosneft’s international business. We are keen on further expanding the project portfolio in the country. I sincerely hope that the agreements signed today will contribute to that.”