Rosenergoatom, a part of the electric power division of Russia's Rosatom, has commenced power generation from the 1,200MW unit 2 of the Novovoronezh nuclear power plant (NPP)-2 in Novovoronezh city, the Voronezh Region in central Russia. 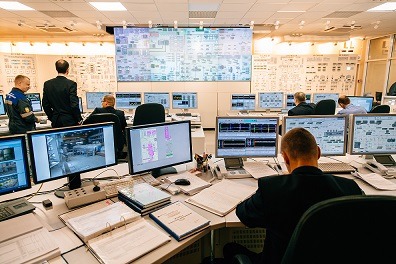 Image: The second unit has delivered 240MW of power into the Unified Energy System of Russia. Photo: courtesy of Rosenergoatom, Joint-Stock Company.

The 3+ generation VVER-1200 power block, following synchronization with the grid, has delivered 240MW of power into the Unified Energy System of Russia.

Being built at the site of the existing Novovoronezh nuclear plant located in Voronezh Oblast, the Novovoronezh NPP-2 will feature four VVER reactors rated at 1,200MW each, four PGV-1000 steam generators, and generator sets and 12 N-caption filters.

The project is being carried out as part of the Russian Government’s long-term federal target program (FTP).

Rosatom operational management first deputy director general Alexander Lokshin said: “Today, the 2nd power block of the Novovoronezh NPP-2 was connected to the energy system of our country for the first time and delivered its first kilowatt-hours.

“This is an important milestone that became possible thanks to prolonged and efficient work of a large team made of thousands of specialists and hundreds of organizations.

“There is still a lot of work to do before the operational launch of the power block, but we can already say that, all in all, the Novovoronezh NPP-2 project, the 3+ generation nuclear power plant, has been a success.”

Prior to connection to the grid, the nuclear unit 2 has undergone test idle run as well as a lot of trials at different stages of low-power testing.

The unit was also validated for different pieces of equipment to ensure its operation in a reliable and safe fashion, Rosenergoatom said.

“Following its connection to the grid, the pilot production program will start, which pre-supposes that the capacity will be gradually increased up to 100% of the designed parameters. The 2nd power block of the Novovoronezh NPP-2 is scheduled for operational launch in December 2019.”