Rosatom has started installation of the core catcher protection system at the construction site of unit 1 of the 2.4GW Rooppur nuclear power plant in Bangladesh. 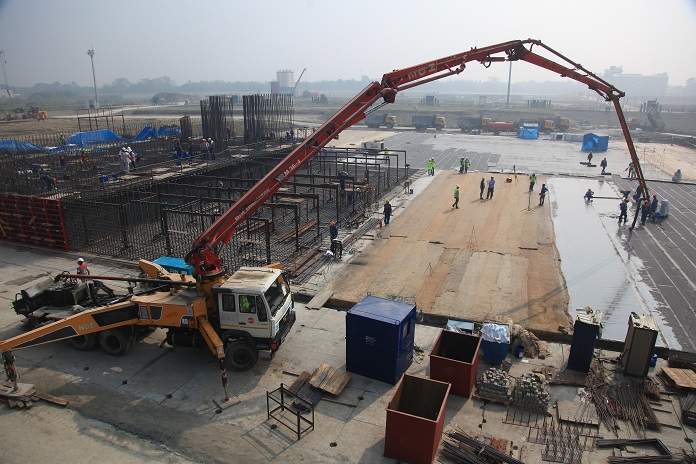 According to the Russian nuclear energy company, core catcher is a device designed to catch molten core material and is one of the elements of the passive safety system of a nuclear power plant.

Rosatom revealed that the VVER-1200 reactors to be part of the $12.6bn Rooppur nuclear power plant will use a unique combination of active and passive safety systems to ensure maximum stability against both external and internal factors.

Rosatom overseas projects senior vice-president Alexander Khazin, said that the core catcher, which weighs around 200 tonnes, will have its installation completed in six months.

Khazin said: “All the works for the construction of power unit No1 are performed according to the schedule. Currently about 5 thousand tons of cement are being used daily at the construction site, about 4 thousand people are involved in construction activities”.

The Rooppur nuclear power plant, which is being constructed in Rooppur village of Ishwardi Upazilla, located 160km from Dhaka, will be equipped with two VVER-1200 pressurized water reactors. The two nuclear reactor sets of the first ever Bangladeshi nuclear power project are slated to be commissioned in 2023 and 2024, respectively.

Atomstroyexport, the engineering division of Rosatom is the general contractor of the Bangladeshi nuclear power plant, which broke ground in November 2017. Under a contract signed in December 2015, Atomstroyexport will construct the two Rooppur reactors, each having a generating capacity of 1200MW.

Each of the nuclear reactor set will be made up of a reactor and four circulation loops, with each loop having circulation pipelines, a reactor coolant pump, and horizontal steam generator.

The Bangladesh Atomic Energy Commission (BAEC) is the owner of the Rooppur nuclear power plant which is expected to contribute to the South Asian country’s energy security. On the other hand, Nuclear Power Plant Company Bangladesh will be the operator of the power project following its commissioning.