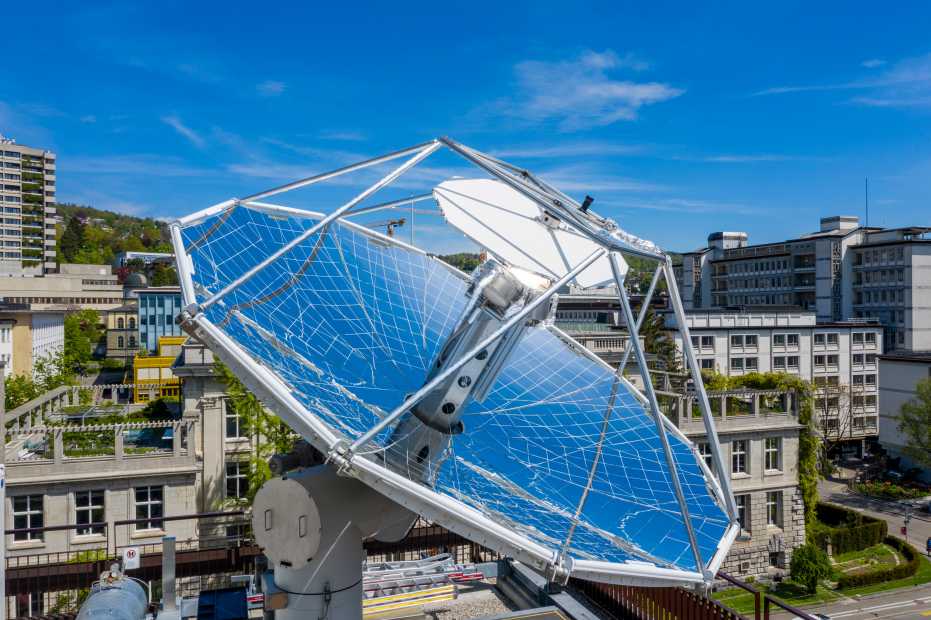 Image: The research solar plant is located on the roof of the ETH building on Sonneggstrasse. Photo: © ETH Zurich/Alessandro Della Bella.

Researchers from ETH Zurich in Switzerland have developed a new technology capable of producing liquid hydrocarbon fuels exclusively from sunlight and air.

The entire thermochemical process chain has been demonstrated by the researchers at the new solar mini-refinery built on the roof of ETH’s Machine Laboratory building in Zurich.

Claiming the mini-refinery as a global first, scientists said that the new solar plant can produce synthetic liquid fuels that release as much CO2 during combustion as was previously extracted from the air.

The plant initially extracts CO2 and water directly from ambient air and split using solar energy which results in production of syngas, a mixture of hydrogen and carbon monoxide.

The syngas is then processed into kerosene, methanol or other hydrocarbons for use in the existing global transport infrastructure.

Intended to help advance ETH’s research towards sustainable fuels, the solar mini-refinery demonstrates the feasibility of the technology, even under the climate conditions prevalent in Zurich. The plant is capable of producing around one decilitre of fuel per day.

A large-scale test of the new solar reactor is being worked out by Steinfeld and team in a solar tower near Madrid. It will be conducted within the scope of the EU project sun-to-liquid.

The project now aims to scale the technology for industrial implementation and make it economically competitive.

Synhelion director (CTO) Philipp Furler said: “A solar plant spanning an area of one square kilometre could produce 20,000 litres of kerosene a day.

“Theoretically, a plant the size of Switzerland – or a third of the Californian Mojave Desert – could cover the kerosene needs of the entire aviation industry.

“Our goal for the future is to efficiently produce sustainable fuels with our technology and thereby mitigate global CO2 emissions.”