Business model and technology innovations are creating opportunities for powering off-grid mines with renewables. Dr Thomas Hillig, managing director at energy consultancy THEnergy, discusses the use of sustainable energy in the industry. 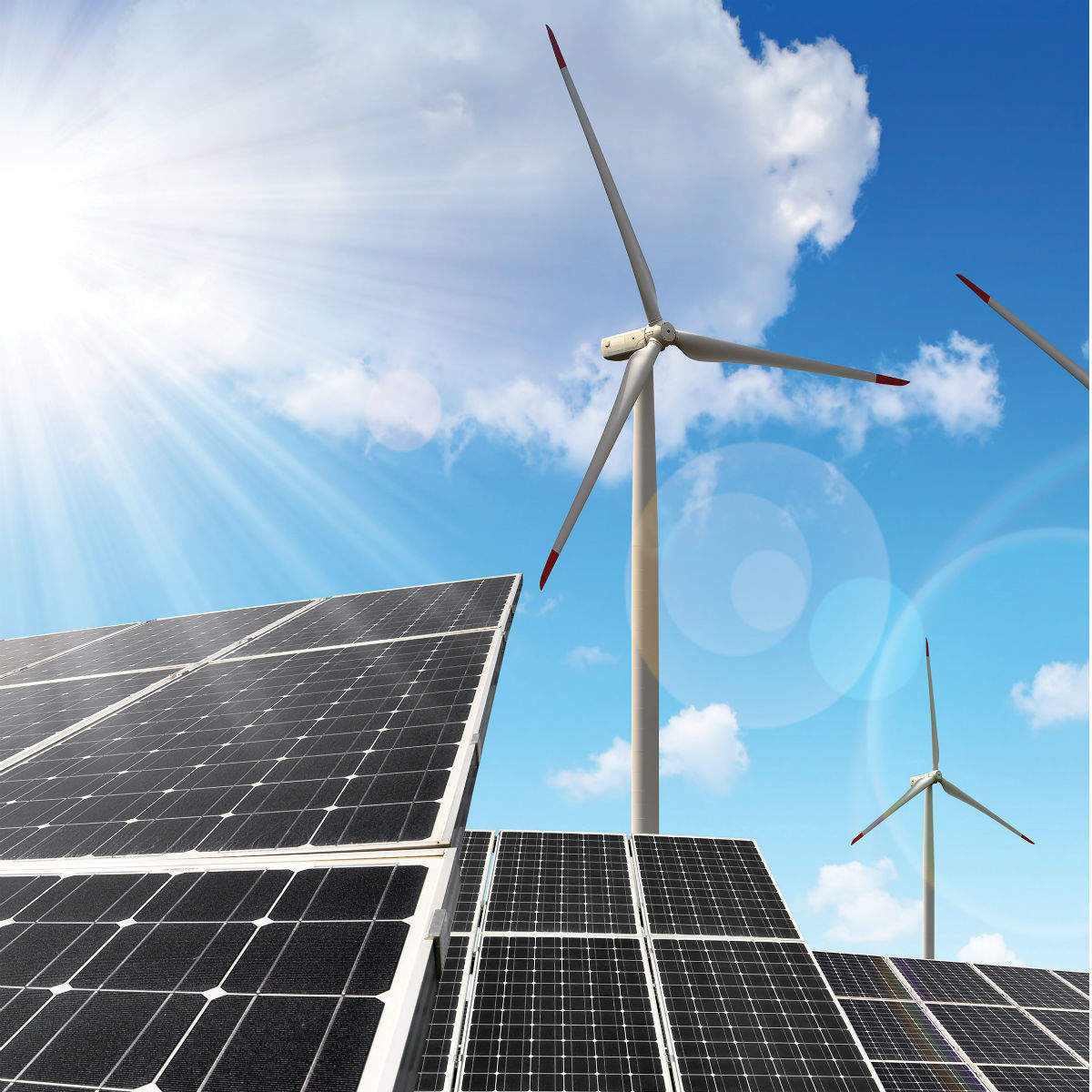 Sustainable energy applications are rather new to the mining sector and are just at the beginning of the scaling stage; however, renewables have gained a lot of momentum in recent years and more plans for off-grid mines are being realised. There are a range of projects concerning different renewable energy types, especially solar and wind energy, which are located in different continents like Australia, the Americas and Africa.

The industry has seen various mining companies opt for renewable energy, from multinationals, like Rio Tinto and BHP Billiton, to leading mid-tier producers, including B2Gold, IAMGOLD, Nevsun Resources, Sandfire Resources and Shanta Gold, as well as junior miners who are developing projects.

For renewable energy companies, the interest in offering their solutions is driven by the extremely high energy demand from mines. Due to their remote locations, mining companies often have to pay more for electricity than factories that are located in or near metropolitan areas. In fact, many projects are now off-grid mines, as being so far away makes the cost of grid connections explode. In this case, the only alternative is to generate electricity on-site with diesel or heavy-fuel oil (HFO).

For miners, one of the most important advantages of renewables is their significant cost-saving potential, as they’re often less expensive than using diesel. In Latin America, for example, huge grid-connected solar and wind power plants supply electricity to mines. The mines typically do not own the renewable energy assets, but purchase solar or wind energy through power purchase agreements (PPAs) from independent power providers (IPPs).

Energy costs are estimated to be 10–20% of total costs in the industry. This figure is on the upper end for operations in the US and on the lower end for remote mining sites in Africa or Asia. At the moment, the biggest opportunities lie in the off-grid mining sector.

This is because off-grid mines tend to rely on electricity from generators running on diesel and HFO, which are expensive sources of power compared with grid power. Isolated mines require the construction of power plants, and gas and materials must be transported to far-flung destinations at high cost, due to limited existing infrastructure. In many mining areas, ‘losses’, ‘theft’ or taxes are additional factors that hike electricity prices up.

It is no surprise that off-grid mines are among the first to adopt new alternative energy sources: they have the greatest incentive to do so. Over the past few years, more solar projects have been realised for this particular sector.

When two become one

However, challenges have arisen due to the unstable energy generation of photovoltaic (PV) power plants, and the fact that traditional diesel gensets are not flexible and can hardly deal with loads under 30–40%. In many PV-diesel hybrid systems, diesel gensets constantly run near their minimum load, in order to provide a spinning reserve for situations where the power from the solar system drops, due to shading of the PV array. As a consequence, the renewable energy penetration – which is defined as the share of renewable capacity in relation to the total peak quantity of the system – is not very high.

Several innovations have addressed major challenges for renewable energy at off-grid mines, such as increasing the share of renewables in the system and optimising business models. In some cases, the lifetime of the mine is shorter than that of the solar energy assets, meaning that a PV power plant might have to be relocated. This situation is similar to when IPPs sell power to mines. When the mine does not pay for the electricity, there might be a need for dismantling, moving and rebuilding the solar power plant.

There are various approaches for increasing the share of the renewable energy source in the system, including battery storage systems that provide a spinning reserve in solar-diesel hybrid systems. This application is also called ‘bridge to back up’.

If the PV array is shaded and power from the solar power plant drops, then a BSS forms the grid, providing electricity until one or more diesel generators are fully ramped-up to generate electricity. This process normally takes a few minutes, as the BSS used are rather small. Nevertheless, such as advanced concept allows for switching the gensets off during peak irradiation, thus increasing renewable energy penetration in the hybrid system. As part of this, the PV array is dimensioned accordingly to not only be large enough to fulfil electricity needs during peak generation, but also to charge the battery.

Depending on the cloud patterns in a specific region, there might be several charging/discharging cycles per day, which creates significant challenges for the battery. Beyond ‘bridge to back up’, batteries can be used for additional applications in solar-diesel hybrid systems; for example, larger battery solutions enable solar energy to be generated during the day for use at night. Diesel gensets will ideally be used as solely back-ups for when energy from renewable resources is not available over a longer period, like if there is low solar irradiation due to a bad period of weather. Energy storage can also be used to improve power quality in the system.

Besides storage, a second solution for dealing with intermittencies in a solar-diesel hybrid project is prediction. If sudden output changes in the solar power plant can be forecasted, then an additional spinning reserve can be provided for certain time periods, but not constantly. Solar power forecasting allows the spinning reserve to be adjusted easily.

In addition, having knowledge about the duration of power output changes optimises the operation of the assets for the diesel gensets and the storage system. As a result, solar power forecasting reduces the levelised cost of energy (LCOE) for solar-diesel hybrid systems. Further details are in the SteadySun and THEnergy white paper, ‘Energy Generation Forecasting in Solar-Diesel-Hybrid Applications’.

Another optional approach is to make the generators more flexible, using low-load gensets that are optimised for applications in hybrid solutions with intermittent renewable energy components. Traditional gensets are modified, this is so they can run in low-load and also operate in reverse mode while hardly consuming any diesel, but with the full ability to react quickly to output changes from the PV array or demand fluctuations. Information about low-load diesel gensetsis is in the Danvest and THEnergy study ‘Low-load Gensets for Solar-Diesel Hybrid Plants in the Mining Industry’.

When it comes to the relocatability of renewable energy plants, mounting systems are essential. An innovative approach developed by Nuance Energy uses earth anchors as the foundation of a solar racking system. The ‘lift-and-shift’ characteristics of this method allow the entire framework to be disassembled, so it can be used at another site. Except for the inexpensive earth anchors, nothing is left behind. This feature makes the mounting system extremely attractive for all kinds of off-grid solutions.

Simple relocation, in combination with the fact that the solution is already used in mining for fabric buildings, make this innovative approach a perfect fit for a miner’s needs, especially for optimising environmental impact, costs and robustness of a solar system. It also allows the building of solar power plants in harsh environments, where traditional solutions cannot be applied.

PFISTERER managed to make the control units more mobile by placing energy storage and inverters in containers that are so flexible, they can easily be used in exploration applications. More details can be found in the PFISTERER and THEnergy study, ‘Mobile Solar and Wind Diesel Hybrid Solutions for Mineral Exploration’.

Technological innovation is just as important as business model advancement. Various IPPs offer power purchase agreements to mines, meaning that companies do not have to pay for renewable energy assets, but only for electricity. With this, renewables become similar to traditional diesel energy. This is also key because many mining companies do not consider power generation as a core competence. In more advanced approaches, the IPP supplies energy from solar and diesel generators to the mine. This eliminates critical interface so the mine only has to deal with a single electricity supplier.

This article was originally published in World Mining Frontiers.