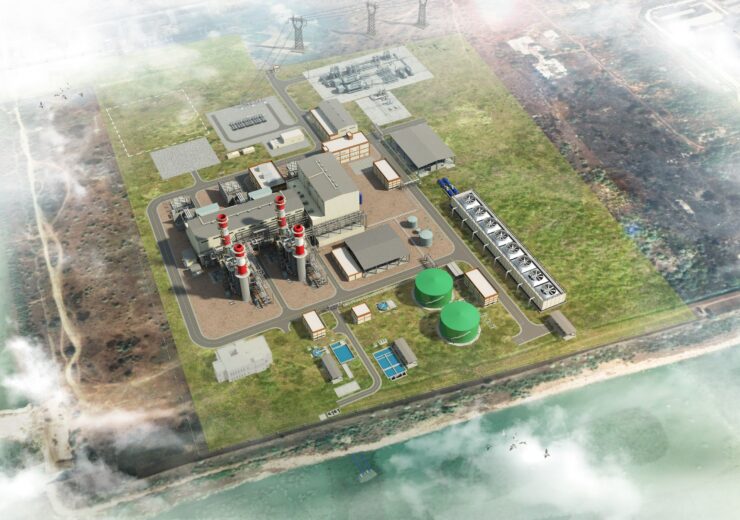 A rendering of the new power plant in Bangladesh. (Credit: Samsung C&T.)

India-based Reliance Power and Japan’s Jera, through their joint venture, have closed financing for a 745MW gas-fired power generation project in Bangladesh.

The joint venture secured the financing from a group of lenders including Japan Bank for International Cooperation (JBIC), and Asian Development Bank (ADB).

Reliance Power and Jera have secured the financing to build, own, and operate a natural gas combined-cycle power project in Meghnaghat, located approximately 40km southeast of Dhaka.

Samalkot Power, a wholly owned subsidiary of Reliance Power, has received the Export Import Bank of the United States (US Exim Bank) approval to sell one module of equipment (module 1).

The company will sell the module 1 to South Korea-based engineering and construction company Samsung C&T, which is the EPC contractor of the power project, for nearly INR15.40bn ($210m).

Samalkot Power would also supply one module of equipment procured from major internationally original equipment manufacturers to the phase 1 project in Bangladesh.

Reliance Power is a part of the Reliance Group, operating as a private sector power generation and coal resources company.

The company has a portfolio of coal, gas and renewable energy based private sector power projects in India, with an operating capacity of 5,945MW.

In August last year, Reliance Power and Jera secured a loan of $642m from a group of banks.