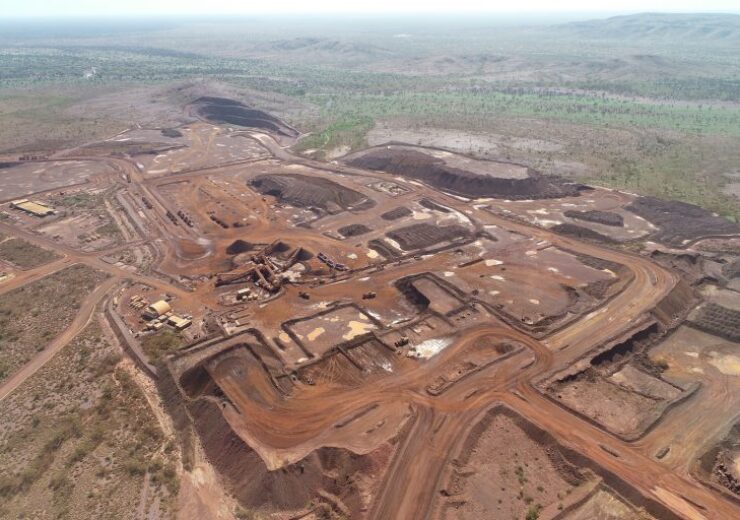 Red Hill Iron has agreed to divest its 40% stake in the Red Hill iron ore joint venture (RHIOJV) in the West Pilbara region in Western Australia to Mineral Resources (MRL) for AUD400m ($294.36m).

The RHIOJV was formed in 2005 after the Australian Premium Iron joint venture (APIJV) farmed into the mineral tenements of Red Hill Iron.

The mineral tenements span nearly 1,900km2 along the western margin of the Hamersley province.

The RHIOJV tenements have a mineral resource of 820Mt grading 56.44% iron, as per an update from Red Hill Iron in January 2020.

However, so far, the RHIOJV parties have not been able to reach an agreement on a way forward to develop the tenements, said Red Hill Iron.

The deal with Mineral Resources will be subject to the approval of shareholders of the publicly listed Red Hill Iron.

Red Hill Iron’s board, in a statement to shareholders, said: “The sale agreement is the culmination of a long process of engagement by which your board has sought to encourage the expedient implementation of a mining operation at Red Hill.”

The company’s board said that Mineral Resources can give the required push to get start mining operation at the RHIOJV tenements.

The consideration to Red Hill Iron will be paid in two instalments, with half of it to be made on closing of the sale of the stake, which is expected early next month.

The remaining amount will be paid after the maiden commercial shipment of iron ore drawn from the RHIOJV tenements leaves the port.

The company will also be entitled to a 0.75% royalty of free on board (FOB) revenue on all the iron ore extracted and sold from the RHIOJV tenements.

The royalty also applies to iron ore developed in association with the development of one or more of the RHIOJV tenements, over the Mineral Resources-owned Bungaroo South tenement.

Mineral Resources managing director Chris Ellison said: “The transaction is in line with our strategy to build own and operate infrastructure assets to unlock stranded iron ore deposits in the Pilbara and build a long-life, sustainable iron ore business exporting out of Onslow.

“The RHIOJV holds a sizeable iron ore Mineral Resource in a strategically significant location in the West Pilbara. MRL’s proposed acquisition of RHI’s participating interest in the RHIOJV will enhance the Company’s iron ore footprint in the West Pilbara as we progress our Ashburton Hub development.”