The project features a 380MW battery storage system, which is capable of storing more than 1,400MWh of low-cost renewable power per day 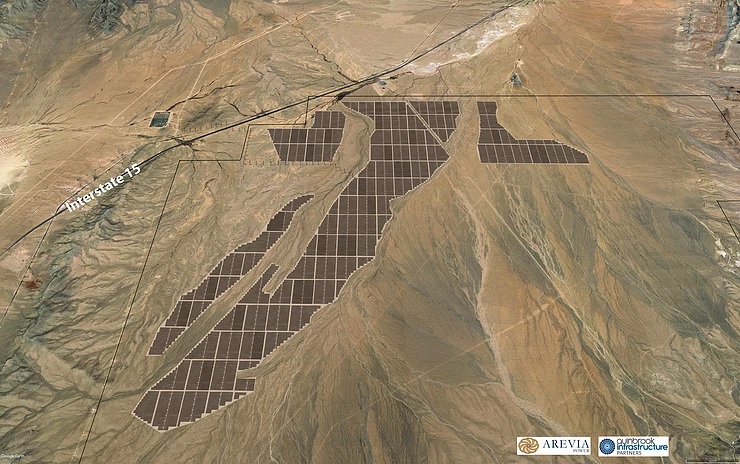 Quinbrook Infrastructure Partners has secured approval from the Public Utilities Commission of Nevada (PUCN) for its long-term purchase agreement (PPA) with NV Energy for the 690MW AC Gemini Solar and Battery Storage Project in Nevada.

As per the 25-year PPA signed in June 2019, Quinbrook will supply power from Gemini project to NV Energy.

The project will be located 40.2km northeast of downtown Las Vegas on approximately 7,100 acres of federally-owned land, which is under the management of the Bureau of Land Management (BLM).

The Gemini project features 690MW of solar PV arrays coupled with 380MW AC battery storage system, which is capable of storing more than 1,400MWh of low-cost renewable power per day.

Estimated to exceed $1bn in capital expenditure, the Gemini project will capture and store solar energy during the day and release it during the early evening peak period when power demand surges in the region.

Quinbrook co-founder and managing partner David Scaysbrook said: “This decision from the PUCN clears the path for Quinbrook to progress into the final stages of project design and procurement planning for what could be one of the world’s largest ever renewables projects.

“Gemini plans to showcase at scale what we believe to be one of the most promising technological advances in renewable power.

“The project will demonstrate the ability to couple solar PV technology with battery storage to capture and use Nevada’s abundant renewable solar resource to deliver low-cost power to NV Energy’s customers and keep the lights on long after the sun has set.”

Upon completion, the project is expected to reduce carbon emissions by 1.5m tonnes annually.

The Gemini project is expected to feature more than 2.5 million solar modules and is estimated to support more than 2,385 jobs during the construction period and add up to $463m in economic development value to the Nevada economy.

Quinbrook along with its partner Arevia Power will continue the final development of the project, which is scheduled to be completed before the end of 2023.