The Power of Siberia pipeline, which can export up to 38 billion cubic meters per year of natural gas, is considered to be the largest gas transmission system in Russia’s East 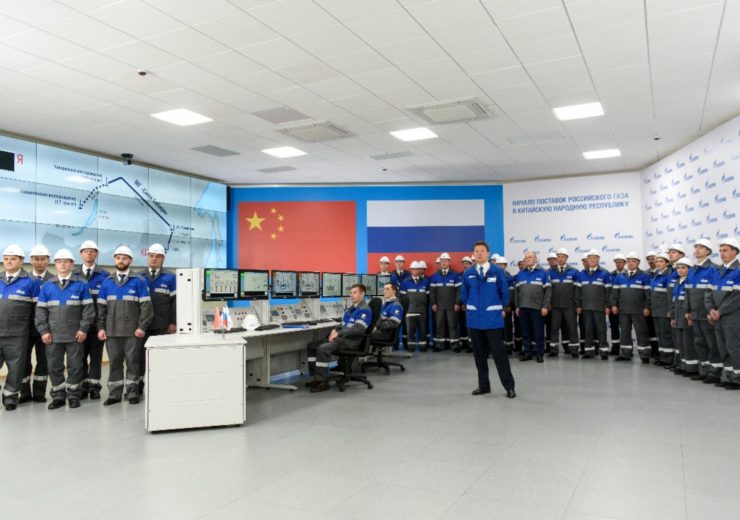 Ceremonial event to mark the start of supplies from the Power of Siberia pipeline to China. Photo: courtesy of Gazprom.

The Power of Siberia pipeline, which has an export capacity of 38 billion cubic meters per year, is considered to be the largest gas transmission system in Russia’s East.

The gas trunkline has been designed to supply gas produced from the Irkutsk and Yakutia gas production centres to consumers in Russia’s Far East and China, along the eastern route.

“A new scope of energy cooperation between the two countries with a prospect for further development. Clean energy today and tomorrow, for decades to come.”

Gazprom said that to enable gas supplies to China, it had constructed a portion of the Power of Siberia gas pipeline that stretches nearly 2,200km from Yakutia to the Chinese border near Blagoveshchensk.

Around mid-2014, Gazprom signed a sales and purchase agreement with China National Petroleum Corporation (CNPC) to provide gas supplies for the latter for the course of 30 years of up to 38 billion cubic meters per year.

Gazprom broke ground on the first section in September 2014, which is a nearly 2,200km segment between the Chayandinskoye field in the Yakutia region and Blagoveshchensk.